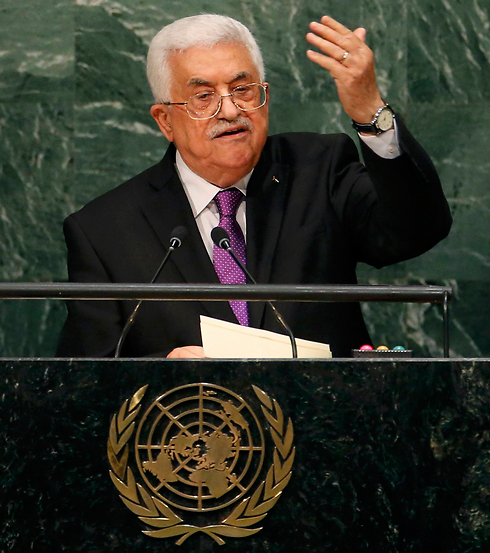 YNet News: “The Palestinian President and Israel’s Ambassador to the United Nations traded barbs on Friday during a signing ceremony for the Paris climate accord, in the latest example of continuing Israeli-Palestinian tensions.

Israeli Ambassador Danny Danon responded sharply “”Instead of spreading hatred here at the UN, President Abbas should act to stop Palestinian terror,” he said after signing the treaty.”

Opinion: This past week we posted an article from Israel Breaking Israel News (BIN) and followed by Haaretz and the Times of Israel.

He is going to New York City April 21-23  to be present for a high level signing ceremony on a climate change agreement. While he is there, he has another highly charged document that he plans to pull out of his pocket and bring forward to the UN Security Council for their consideration and for a vote.“

Israeli daily Haaretz, which first reported on the resolution, said the Palestinians want the Security Council to vote when PA President Mahmoud Abbas is in New York on April 22 for a high-level signing ceremony for the landmark climate agreement reached in Paris in December.”

The draft resolution dated March 30, 2016, now published online, calls for Israel to cease all illegal settlement activity as an obstruction to peace.

The Times of Israel reported that PM Netanyahu condemned the UN draft on April 10, accusing Abbas of “taking a step that will push negotiations further away.”

As of this morning, we have no word if a vote has taken place or if the resolution will be pushed into the French Mideast Summit scheduled for May 30 in Paris, when some 30 countries and international organizations will gather to discuss the parameters for an international peace conference, that neither Israel nor the Palestinians will be invited to.

Luxembourg Pushes for Recognition of Palestinian State After US Policy Change on Judea, Samaria

When Was the “Palestinian People” Created? Google Has the Answer