Newsmax: The tragedy in Charlottesville could have been an occasion to stop and consider how the tolerance for politically correct violence and politically correct hatred is leading the nation towards civil war. Instead, the media and the political left have turned this incident into the biggest fake news story of the summer, transforming its real lessons into a morality play that justifies war against the political right, and against white people generally.

The organizers of the “Unite the Right” demonstration in Charlottesville were repellent racists. But they came to defend a historic monument honoring a complex man and cause, and not to attack it or presumably anyone else. They applied for a permit and were denied.They re-applied successfully in a petition supported by the local ACLU. If they had come to precipitate violence, why would they have gone to the tedious trouble of applying for a permit? Who knows what – if anything – would have happened if that had been the end of the story and no one had shown up to oppose them.

What “Unite the Right” actually demonstrated was that the assortment of neo-Nazis, pro-Confederates, and assorted yahoos gathered under the banner of the “Alt-Right” is actually a negligible group.

Yet “white supremacy” and its evils became the centerpiece of all the fake news reporting on the event, including all the ludicrous attacks on the president for not condemning enough a bogeyman the whole nation condemns, and that no one but a risible fringe supports.  more …

Opinion: I don’t know about you but I needed to get some definitions:

Antifa (Antifascist) is a far-left, anarchist political movement of autonomous, self-described anti-fascist groups in the United States.The term is loosely used with anti-racism, anti-sexism, anti-homophobia, as well as anarchism and anti-capitalism.

Unite the Right is a gathering of far-right groups.  Those assembled at the Charlottesville rally included members of white supremacist, white nationalist, neo-Confederate, neo-Nazi, and militia movements.

Black Lives Matter was born out of the not-guilty verdict in the killing of Trayvon Martin, and translated to the streets after the killing of Michael Brown, #BlackLivesMatter is an organization, a movement, and a rallying cry for racial justice.

Black Lives Matter was given legitimacy with an invitation to the White House: 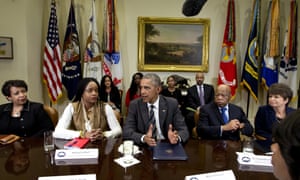 In short, there were two demonstrations in Charlottesville – a legal protest by “Unite the Right” and an illegal protest by the vigilantes of Antifa and Black Lives Matter.

While the Unite the Right anarchists are a negligible group in terms of numbers, Antifa and BLM can attract tens of thousands quickly. Mr. Trump, in his sometimes hard to listen to way, actually got this right; all three are at fault, and all three groups acted out tribal warfare through social upheaval, all in the name of racial justice.

In checking God’s word on the subject of racism, I went to “AnswersinGenesis.org” here:

“The Bible does not even use the word race in reference to people, but it does describe all human beings as being of “one blood” (Acts 17:26). This of course emphasizes that we are all related, as all humans are descendants of the first man, Adam (1 Corinthians 15:45), who was created in the image of God (Genesis 1:26-27). The last Adam, Jesus Christ, also became a descendant of Adam. Any descendant of Adam can be saved, because our mutual relative by blood (Jesus), died and rose again. This is why the gospel can (and should) be preached to all tribes and nations.”

And this is why we need a Savior:

“Behold, I was brought forth in iniquity, And in sin my mother conceived me.” Ps. 51:5

“The wicked are estranged from the womb; These who speak lies go astray from birth. Ps. 58:3

“Therefore, just as through one man sin entered into the world, and death through sin, and so death spread to all men, because all sinned” Romans 5:12

Racism is not only a Biblically incorrect term, it is a sin against God’s creation. We are one race, the human race: “Now the whole earth had one language and one speech.” Gen. 11:1