Home Antichrist Oil is escaping from ‘purgatory,’ as supply fears shift from glut to...

Market Watch: For more than three years the oil market has been strangled by a persistent supply glut, but next year there’s the opposite issue to be concerned about: an outright supply shortage.

In a range of notes out on Wednesday, analysts at Allianz Global Investors, Jefferies and RBC Capital Markets all expressed optimism that recent efforts to balance the market are working, which could mean the world will be short of oil in 2018.

“An abundance of oil, thanks largely to U.S. shale, has pushed down oil prices and sector sentiment. But since that means less investment in new production sources, the bearish market may soon rebalance from fears of oversupply to concerns over shortages — which would push prices higher,” Neil Dwane, global strategist at Allianz, said in a note. more ...

Opinion: What on earth could purgatory and oil have to do with Bible prophecy? Glad you asked.

Having a background in financial markets, Revelation 6:5-6 holds a particular interest for me regardless of the fact that I don’t believe I will be hear to see it. The church of Jesus Christ is taken up (1 Thess 4:16-18) to meet Him in the air BEFORE the false christ of Revelation 6:1-2 is revealed.

We count ourselves as part of that church ONLY by the grace of God (Eph. 2:8-9).

The article says that ‘U.S. oil production, especially shale, could disappoint in 2018’.

Our post from May 8, 2017 “Oil Technician Makes Shocking Call: Expect crude to hit $90” seemed impossible as oil kept dropping, mostly due to fracking causing a major glut. Oil tankers were said to be staying at sea because no one needed any more oil and President Trump announced he was ready to sell the emergency strategic oil reserve . 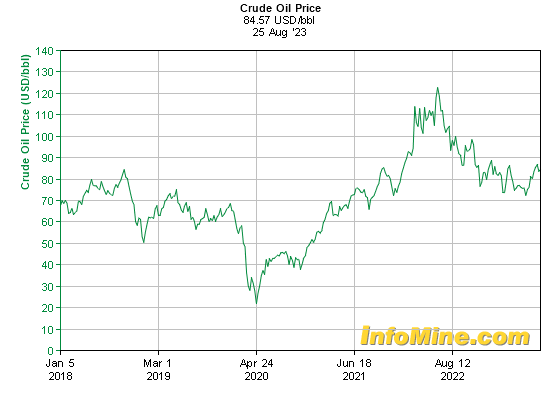 Despite the doom and gloom around oil prices, a few analysts were predicting the opposite:

On May 16, 2016, YNet News reported the Israeli oil reserve located near the Dead Sea is estimated to be worth 1.2 billion shekels, and just 5 months later in October, Afek oil reported a massive oil find in the Golan Heights, one of the few lands conquered in the 1967 war that Israel has not given back.

Our post from May 5, 2017 (here) indicates that there is more oil in Golan than in Saudi Arabia, making it a major target for Syria, Russia, Iran and Turkey who all have a strong interest in controlling that oil.

Israel’s oil and gas reserves will be commercially available by late 2018-19 making Russia, whose economy depends on selling oil and gas to Europe very uncomfortable.

And a financially strapped Russia that lives and dies on oil and gas revenues, is a perfect backdrop for the war of Gog and Magog as described by Ezekiel 38-39.