CR: U.S. Ambassador to the United Nations Nikki Haley appeared before the media Thursday to present evidence of Iran’s continuing meddling in the Middle East. She presented stunning evidence of Iranian weapons systems being used by Houthi jihadists in Yemen against American partners in the region.

The Qiam 1 is pretty much a carbon copy of North Korea’s Hwasong-6 ballistic missile, according to the Center for Strategic and International Studies (CSIS). Both are modeled after the Russian-made Scud missile.

It has a maximum range of an estimated 500 miles and it’s possible that it can carry a nuclear warhead.

The Toophan was reverse engineered from the U.S. BGM-71 TOW (Tube-launched, Optically-tracked, Wire-guided) anti-tank missile. Under the pre-revolutionary government in Iran, many U.S. TOW missiles were imported into the country.

The missile is now in the hands of Hezbollah and the Houthis. 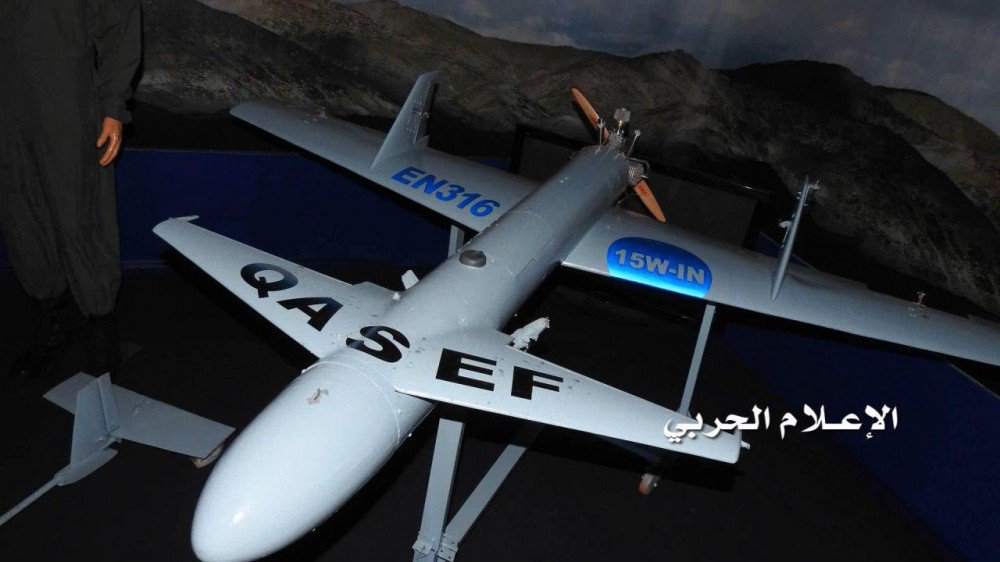 The unmanned surface vehicle (USV) is an Iranian-made explosive boat that has been used in an attack against a Saudi Arabian frigate, according to the Department of Defense. The deadly explosion killed two and injured three more: The regime in Tehran has quadrupled its budget for Hezbollah and continues to fan the flames of terror through direct military action (in Syria and Iraq) and by bolstering terrorist proxies in Africa, the Middle East, and southwest Asia.

Opinion: Iran and its proxies are armed and dangerous thanks in large part to plane-loads of Obamacash.

According to Mark Dubowitz, executive director at the Foundation for Defense of Democracies: In total, “Iran may have received as much as $33.6 billion in cash or in gold and other precious metals,” Dubowitz disclosed (here).

At the end of the prophesied war of Psalm 83, Iran’s proxies will be wiped out (Psalm 83: 9-12). It is then that modern day Persians will be so enraged that they will join Russia, Turkey and Turkey’s North African allies (Ezekiel 38:1-6), in a war to end the Jewish presence in the land for good.

Here is what the sovereign Lord says will happen:

“You shall fall upon the mountains of Israel, you and all your troops and the peoples who are with you; I will give you to birds of prey of every sort and to the beasts of the field to be devoured. You shall fall on the open field; for I have spoken,” says the Lord God. Ezekiel 39:4-5

Obama/Biden Want to End the Filibuster and Imperil the Republic

Colorado GOP to Disgruntled Trump Supporter: Go Ahead, Burn the Party Down