Opinion: Way to go Mr. President! Under the previous administration a nation who voted against the US and Israel would receive F-16 fighter jets.

And Nikki Haley tweets the US is taking names:

At the UN we’re always asked to do more & give more. So, when we make a decision, at the will of the American people, about where to locate OUR embassy, we don’t expect those we’ve helped to target us. On Thursday there’ll be a vote criticizing our choice. The US will be taking names. 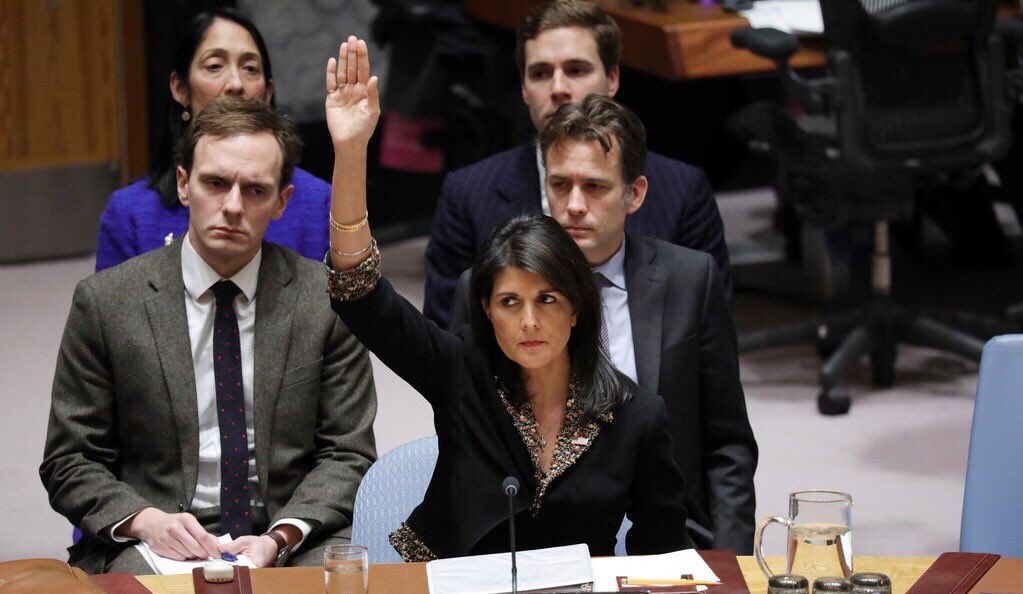 Later today the UN General Assembly at a rare emergency session will take a non-binding but symbolic vote seeking to reaffirm Jerusalem’s status as unresolved. Turkey and Yemen are sponsors of the draft.

And the King of the Universe will also take names under the Abrahamic Covenant Genesis 12:3.

Al-Qaeda Stronger Than Ever? State Department’s War On Terror Redux

Episcopal Church Maine: “She Has Spoken Through the Prophets” Is the Holy Spirit a...