The Gaza Strip-based terrorist group “is currently trying to carry out terrorist attacks across Judea and Samaria, as well as develop new fronts, primarily in southern Lebanon. It wants to use that [area] to threaten Israel,” Lieberman said.

“The newfound friendship between top Hamas officials and [Hezbollah leader] Hassan Nasrallah is another thing we’re monitoring closely. Every development will meet the proper response”. more …

Opinion: The great majority of the world’s more than 1.5 billion Muslims are Sunnis – estimates indicate the number is somewhere between 85% and 90%. In the Middle East, Sunnis make up 90% or more of the populations of Egypt, Jordan and Saudi Arabia.

Shia, however smaller, are possibly more lethal. From the days of Haman the Agagite (400 BC) from the bloodline of Amalek, enmity for Jacob is bred in the bone (Matthew Henry).

The name “Sunni” is derived from the phrase “Ahl al-Sunnah”, or “People of the Tradition”. The tradition in this case refers to practices based on what the Prophet Muhammad said, did, agreed to, or condemned. 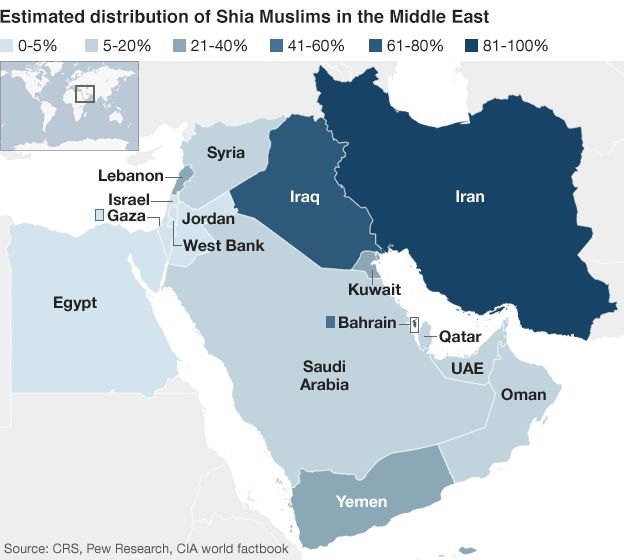 In early Islamic history, the Shia were a movement – literally “Shiat Ali” or the “Party of Ali”. They claimed that Ali (first cousin of Muhammad) is the rightful successor to the Prophet Muhammad as leader (imam) of the Muslim community following his death in 632.

While Sunni and Shia disagree on doctrine, there is no disagreement about hating Jacob, who is Israel (Gen. 35:10).

The temple priest Asaph (seer) prophesied such a coming together of peoples 1600 years before Muhammad managed to unite the descendants of Ishmael and Esau under a new religion.

While Asaph did not specifically prophecy Islam, he did name each country that would have a common bond of hatred for Jacob, so much so, that they would form an alliance under the banner found in Psalm 83:4:

“Come they have said, Let us cut them off as a nation so that the name of Israel is remembered no more”.

In our e-book ‘Blood Feud’ on the home page of the website, I attempted to show what that alignment would look like:

Psalm 83:6-8 (notice that the Psalm 83 invaders represent both Edom and Ishmael (a reference to the marriage of Esau to Ishmael’s daughter).

Hamas and Hezbollah are a lethal combination but will be so soundly defeated by Israel that neither is mentioned in the larger Gog Magog invasion.