Daily Caller: The Chinese government removed Bibles from online stores after announcing it is working on re-interpreting and translating the Bible so it conform to “Chinese-style Christianity.”

The Chinese government announced the impending “Chinese-style” reinterpretation of the Christian scriptures via an official document, “Principle for Promoting the Chinese Christianity in China for the Next Five Years (2018-2022),” released in Nanjing on March 28, according to ABC.

Soon thereafter, online shoppers in China noticed Bibles were no longer available for online purchase in the country — neither digital nor print. more …

“At that time a great persecution arose against the church which was at Jerusalem; and they were all scattered throughout the regions of Judea and Samaria, except the apostles. And devout men carried Stephen to his burial, and made great lamentation over him.

As for Saul, he made havoc of the church, entering every house, and dragging off men and women, committing them to prison.

Therefore those who were scattered went everywhere preaching the word. Then Philip went down to the city of Samaria and preached Christ to them. And the multitudes with one accord heeded the things spoken by Philip, hearing and seeing the miracles which he did. For unclean spirits, crying with a loud voice, came out of many who were possessed; and many who were paralyzed and lame were healed. And there was great joy in that city.”

Great joy in persecution is happening in China as Xi Jin Ping, dictator for life, cracks down on Christianity. 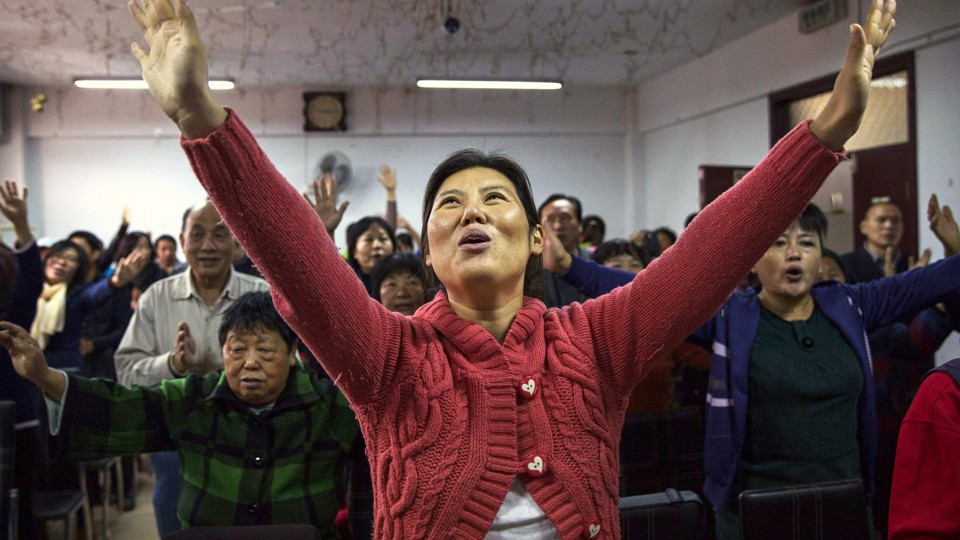 The Atlantic April 23, 2017: “Once called “house” or “underground” churches because they were small clandestine affairs, these groups have become surprisingly well-organized, meeting very openly and often counting hundreds of congregants. They’ve helped the number of Protestants soar from about 1 million when the communists took power to at least 60 million today. Of these believers, about two-thirds are not affiliated with government churches. In other words, Protestants in non-government churches outnumber worshippers in government churches two to one. (source)

There is one denomination, however, that has given in to government persecution. This month, the Vatican asked two underground Chinese bishops to step down in favor of their Beijing-approved counterparts, one of whom the church in Rome had already excommunicated.

Pray for the Christians of China. The Ongoing Decline Of British Power