BIN: In its handling of a case brought against Israel by the Palestinian Authority (PA) the International Criminal Court (ICC) in the Hague instituted new procedures that one legal adviser labelled “quite crazy,” turning the ICC into “a Palestinian propaganda machine.”

The ICC issued a press release Friday concerning its investigation into complaints made by the “State of Palestine” against Israel. In the release, three judges from the ICC, Péter Kovács, Marc Perrin de Brichambaut and Reine Adélaïde Sophie Alapini-Gansou, called for the court’s registry “to establish, as soon as practicable, a system of public information and outreach activities for the benefit of the victims and affected communities in the situation in Palestine.”

In 2015, the PA submitted to the court a “state referral,” asking the prosecutor to investigate “past, ongoing and future crimes within the court’s jurisdiction, committed in all parts of the territory of the State of Palestine.” 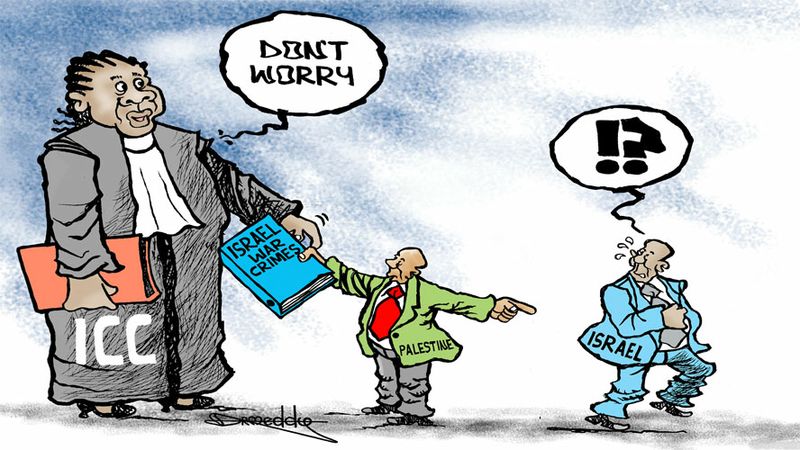 Right there we have a problem. What is the state of Palestine?

Google search: Palestine, officially the State of Palestine, is a de jure sovereign state in the Middle East claiming the West Bank and Gaza Strip with East Jerusalem as the designated capital, although its administrative center is currently located in Ramallah.
De jure is a lawful right. And the Arab peoples that are making the claim have no right.
So right there the ICC and the claim by the PA is bogus.

In December 2000, President Bill Clinton issued the following official statement from Camp David. “The United States is today signing the 1998 Rome Treaty on the International Criminal Court. In taking this action, we join more than 130 other countries that have signed by the 31 December, 2000 deadline established in the Treaty.”

Clinton’s action, taken in the final hours of his presidency, won praises from the international elitists and Ivory Tower editorialists for taking his ‘bold’ action.

The expansive jurisdiction claimed by the ICC would put every U.S. serviceman and woman, and even U.S. travelers especially if they are or have been public officials, at risk of being grabbed for trial by judges from Sierra Leone, Sudan, Iran, and other nations hostile to the rule of law, but make up the UN’s cadre of ‘international justices’.

In 2004, President George W. Bush did something that had globalists seeing red: He unsigned the Rome treaty making himself an enemy of elitists all over the world and frustrating the ICC’s long term plans to prosecute the US and Israel for perceived war crimes.

So here we are 16 years later, and the ICC is still trying to prosecute Israel for crimes associated with a war that Hamas initiated in the summer of 2014.

Abbas, Hollande meet to continue the work of the Paris Peace Conference

Trump: We have a ‘rare opportunity’ to bring peace to the Middle East