Jewish Press: Rabbi Yuval Cherlow and the Moked association last Wednesday appealed to the High Court of Justice demanding the annulment of limits against Jews at the entrance to the Temple Mount, which were made without legal authority. On Sunday, Neal Hendel ordered the state to come back in 60 days with a citation of the law which specifically determines that Jews are unequal to Muslims who pray on the Temple Mount five times a day, seven days a week.

Back in March, Arnon Segal wrote in Makor Rishon: Years of arrests, restrictions, police lists of barred individuals, discriminatory inspection and offensive treatment of Jews on the Temple Mount all rely on a single section of the law, a clause whose wording was not intended to be given a broad interpretation. It is Section 4A of the Police Ordinance, which was added in 2005:

“Should a policeman find that there is real concern for severe damage to persons or property, he may issue a reasonable order to any person present in the area or location of said concern which is essential in order to save a soul or property or to prevent the injury, including the prevention of access to or exit from an area.” more …

Opinion: Esau prays 5 times daily on the Temple Mount, but Jacob may not pray there at all. 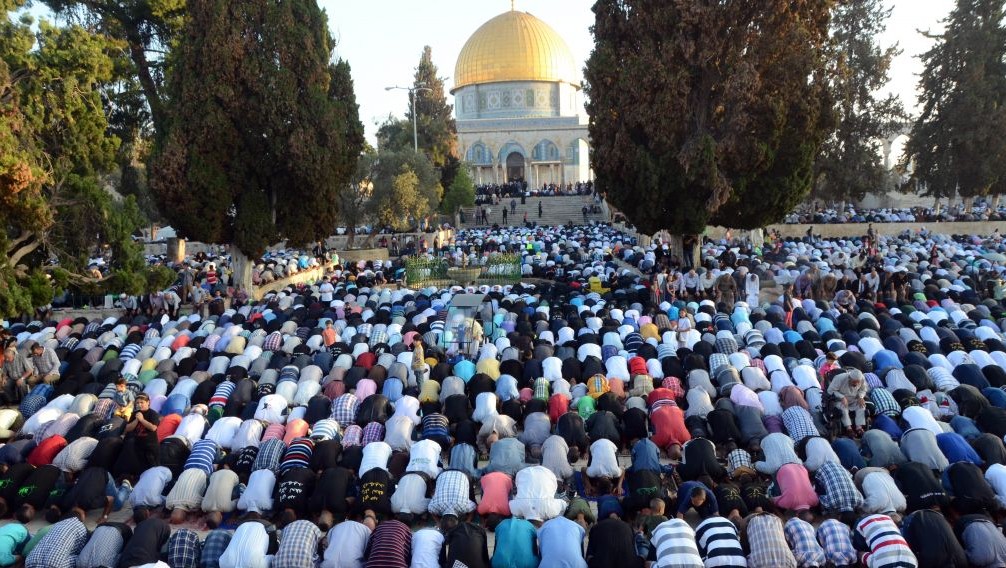 “So David bought the threshing floor and the oxen for fifty shekels of silver. And David built there an altar to the Lord, and offered burnt offerings and peace offerings. So the Lord heeded the prayers for the land, and the plague was withdrawn from Israel.“ 2 Samuel 24:25

Here in the New World Order, one would think that Jordan won the Six Day War and that is why they have control over who prays on the Temple Mount and who may not.

But Jordan lost so what gives?

In the 1967 war, Israel indeed liberated the West Bank, East Jerusalem (temple mount), the Gaza Strip, the Golan Heights and the Sinai Peninsula. The leader of the Israeli forces was General Moshe Dayan (below). Like most Israeli generals, Dayan was a secular Jew. Bible Prophecy, however, demands a third temple will be built and if Donald Trump can survive the mid-term election in November we can expect temple talk to ramp up.

8 prophecies of a 3rd temple: