Zero Hedge: In what must be one of the most rapidly written, edited, and published op-eds in New York Times history, Alexander Soros, son of billionaire globalist puppet-master George Soros, has penned a blame-scaping piece pointing directly at president Trump’s “politics of demonizing opponents” as responsible for the bombing of his father, The Clintons, The Obamas, and well anyone else who has received a suspicious package in the last few days and is not in any way right-leaning.

The article, with a title so ironic it has to be farce, “The Hate That Is Consuming Us” runs the gamut from‘saintly’ McCain defending Obama’s virtue in 2008 to President Trump and Prime Minister Orban’s “extremist fringes” to “the poison of anti-semitism” (which given many of the stories about his father’s behavior is somewhat surprising). more …

Opinion: Alexander Soros’ father George recently said that Trump will be gone by 2020 ‘or sooner’. Alexander’s father is also the one who funded the Ferguson riots, Black Lives Matter, and Antifa with millions, and yet Alexander Soros is blaming Donald Trump for the attempted bombings.

Then there is Hillary Clinton, who called millions of Americans deplorable and said during the Kavanaugh hearings that “the time for civility is over”. Eric Holder recently said “when they go low we kick them”, Maxine Waters says “get in Trump supporters ‘faces’ and CNN’s Chris Cillizza shows a rifle scope on the President of the United States: And somehow Donald Trump is responsible for the bombs?

The list of pipe bomb recipients are some of the president’s biggest haters and have the most to lose if Trump wins in 11 days:

An October surprise is any bit of news that breaks right before an election that has the capability to help determine the outcome of the race. Since voters are often swayed by these revelations, the right October surprise can swing a losing campaign right into the White House.

Over the years there have been many (here), but I cannot find a time when there were three. 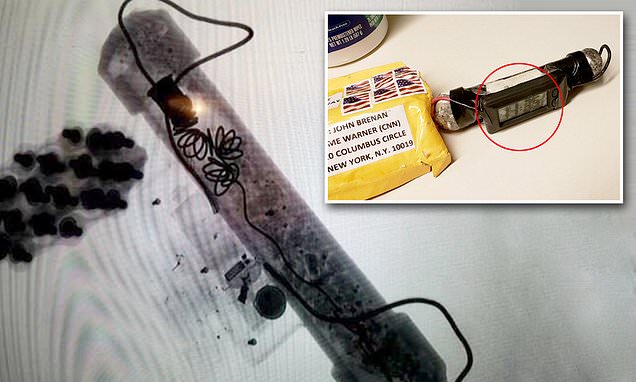