BBC: The guidance recommends the Affirmation of Baptism service is adapted to allow transgender Christians to celebrate their new sexual identity.

The service would see them addressed by their chosen name, not birth name.

It follows pressure at the general synod last year to go further in welcoming the transgender community.

In the past, the Church has been criticised for not doing enough to guard against transphobia, and for failing to eliminate the bullying of transgender pupils in faith schools. more …

Opinion: Genesis 5:2 “He created them male and female, and blessed them and called them Mankind in the day they were created”.

I cannot find any reference in Scripture to transgenderism. There is however reference to sin and it can manifest itself in gender distortion causing genetic, hormonal, physiological, psychological, and spiritual breakdown.

To be clear, one sin is no worse than another, and the only remedy for all sin is the salvation that the cross of Jesus Christ provides:

The Church of England is charged with the responsibility of sharing that good news and not distorting baptism: 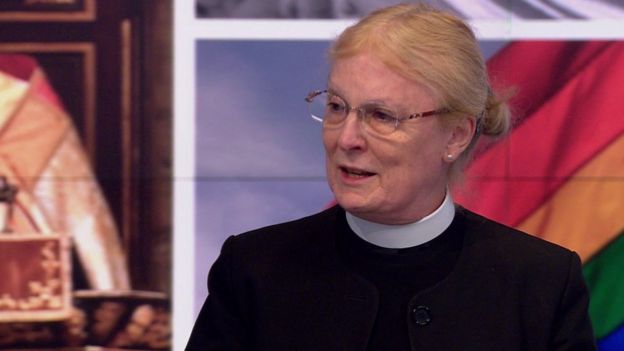 Paul taught Timothy that women are not to teach or have authority over men (1 Timothy 2:11-12), but to get an idea of how spiritually corrupt some denominations have become, the Church of England has a trans-clergy person who was brought in to consult on the guidelines.

And Paul gave instructions (2 Timothy 2:1-5) on what to do when this occurs in the last days:

“having a form of godliness but denying its power. And from such people turn away!” 2 Timothy 2:5.