JPost: One Ukraine brings to mind rampant antisemitism, Nazis, the Holocaust, nationalist marches with swastikas and SS symbols, more than 130 antisemitic acts in 2017 and Jewish communities wiped out.

People from Dnipropetrovsk, Ukraine’s fourth largest city, speak proudly of how huge their Jewish community is. And Odessa, the fourth most populous, is still considered a Jewish city – though Jews make up less than 3% of the population.

For the Jewish people, Ukraine is historically the land of pogroms, antisemitism, Nazi collaborators and Holocaust revisionism; judging from regular reports in Jewish media, not much has changed. more … 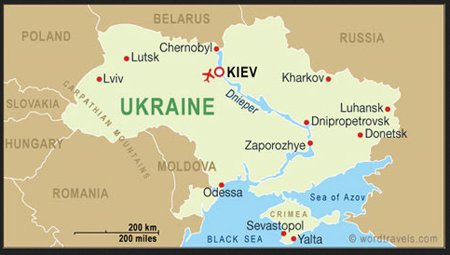 Opinion: Notice the two Ukraines are characterized by two cities: Dnipropetrovsk in the east and Kiev in the west. There are, however, some common elements: the east side of Ukraine was part of the Scythian empire and the west a part of the Roman empire, and both have anti-Semitic roots.

And both the Scythian and Roman Empires had their beginnings around the 9th -8th century BC.

The Scythians (900 -200 BC) were known as the Barbarians of the Black Sea on the outer edge of the civilized world. The tribe was the first to domesticate and use the horse in warfare and became known as brutal nomadic horsemen.

Scythians were descended from the ancient Edomite tribes that moved northwest from Judea and due north from Persia (Iran), encompassing the eastern half of Northern Europe, Western and Central Asia up to Ukraine and southern Russia.

In the 5th century BC Greco Persian wars, Edomites were recruited and conscripted into the Greek armies bringing Arab blood into Europe.

The poet Virgil who lived from 70 BC to 21 BC traced the founding of Rome to King Latinus of Troy. Since it was Greece that conquered Troy, Latinus’ home country, it makes sense that the Greeks followed Latinus to Rome and infiltrated the culture with Greek gods and the like, which is why Roman and Greek cultures are so much alike.

To be clear, anti-Semitic blood permeated both the Scythian and Roman empires that is making a resurgence in these last days as the world moves towards the time of Jacob’s trouble:

When Jacob is saved (Zechariah 12:10) only then will Jerusalem will finally be in peace Psalm 122:6.

(See our eBook “Blood Feud” chapter 6 (here). Place your cursor and click on Scythia and then Europe, the interactive map follows the movement of the Edomite blood throughout the world)