Times of Israel: Egypt’s president has confirmed that Israel is helping Egyptian troops battle jihadists in the restive Sinai Peninsula.

Abdel-Fattah el-Sissi told CBS News that cooperation between Cairo and Jerusalem was tighter than it had ever been, in comments published late Thursday.

“That is correct…We have a wide range of cooperation with the Israelis,” he told the US news outlet when asked if the military coordination between the countries was closer than it had ever been. more …

Opinion: President el-Sisi had better be careful. On October 6, 1981 another Egyptian president, Anwar Sadat, was assassinated during a victory parade held in Cairo to commemorate the eighth anniversary of Egypt’s crossing of the Suez Canal.

Sadat’s crime was making a peace treaty with Israel. Assad’s assassins were the Egyptian branch of Islamic Jihad (EIJ) affiliated with al Qaeda, the Muslim Brotherhood and now the Palestinian branch (PIJ), who are today threatening to create a second front in the event of a Lebanon/Israeli war. The PIJ claims the EIJ is just not aggressive enough.

Perhaps that is why el-Sisi begged CBS News to kill the interview that is scheduled for Sunday night on 60 minutes. 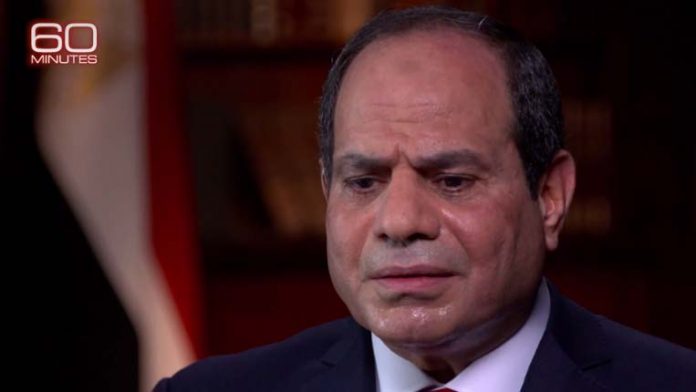 Take a guess where these groups, Egyptian Islamic Jihad, which later aligned itself with al-Qaeda and the Mujahideen Shura Council, are located?

Why is it that Egypt’s Sinai Peninsula, not coincidentally, was the same base for Amalek when his band of Amalekites attacked the Israelites in the Sinai 1400 BC? In Exodus 17:8–15 Moses recorded the battle between the Israelites and Amalekites at Rephidim.

So who is in the Sinai now?

The unwillingness of Barack Obama to crush ISIS in 2014, 2015 and 2016 saw a change in late 2016-17 with Donald Trump’s win of the US presidency. ISIS has since retreated to the Sinai, the place of Amalek’s first Biblically recorded attack on the Israelites, to rebuild its forces.

And how interesting is it that Amalek will be called again to join an Arab federation to attack Israel in a future war detailed in Psalm 83:1-8.