Israel Today: Israelis believed that by entering into peace talks with the Palestine Liberation Organization (PLO), precursor to today’s Palestinian Authority, that the latter had eschewed violence.

Most Israelis now know that they were wrong, and that the Palestinian leadership and the various groups that dominate Palestinian society continue to view violence against Israelis as a legitimate means to achieving their objectives.

Because in Arabic, the Palestinian leadership continues to admit freely that it practices and will continue to practice violence against Israel. more …

Opinion: The international community and mainstream press continue to ignore the Muslim principal of taqiyya, Islam’s doctrine of deception, and instead take the word of PA leaders.

The world continues to call Palestinian leader Mahmoud Abbas a moderate. As former deputy to Yasser Arafat, Abbas arranged the financing for the 1971 Munich Olympic massacre of 11 Israeli athletes. As an encore, Abbas also helped Arafat launch two intifadas, one in 1985 and again in 2000, leading to the deaths of over 8000 Jews and Arabs.

In 2015 Abbas launched his very own blood fest in what became known as the stabbing or ‘knife’ intifada, even producing a chart on how to inflict maximum damage: 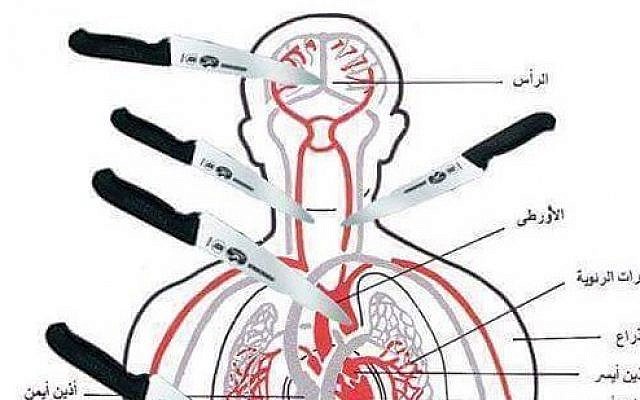 One such victim was a 38 year old mother of 4 who was stabbed to death in January 2016 at the entrance of her home by a teenage Palestinian attacker.

She was fighting off her attacker in what is believed to have been an attempt to save three of her children who were in the house. The couple’s oldest daughter, Renana, 18, witnessed the attack.

Not one of the brave leaders in the west or in the international community will say it, but the mayhem can be attributed directly to Mahmoud Abbas.

The worst is yet to come all right, not for Jacob, but for Esau and his descendants.

An Ebola “perfect storm” is brewing in the Congo

Thousands of rockets to pound undefended Israeli civilians in next war