“Moshe, the Servant of Hashem, Assigned that Territory as a Possession”

In this chapter, which summarizes the wars fought by the Children of Israel to  take possession of the Promised Land, we are also reminded of the wars Moshe (Moses) fought. Moshe led the people against Sihon and Og, and captured the Gilead and the Bashan. This area became the inheritance of the tribes of Gad, Reuven and half of Menashe (see Numbers 32:33). The Bashan is now known as the Golan Heights, which Israel conquered in the Six Day War from Syria.

Towering over the north of the country, the Golan Heights provides an essential strategic perch that is vital for Israel’s security. Coupled with its biblical significance, the Golan Heights remain an important part of the State of Israel. In his final interview before suffering a massive stroke in 2006, Prime Minister Ariel Sharon told Japanese reporters, “I am a Jew, and that is the most important thing for me. Therefore when it comes to the security of Israel I will not make any compromises…I don’t see any situation where Israel will not be sitting on the Golan Heights. (Breaking Israel News)

Genesis 49 records Jacob on his death bed giving his 12 sons an allotment of land as an inheritance. Gad, Reuben and Manasseh (son of Joseph) are mentioned in this passage. 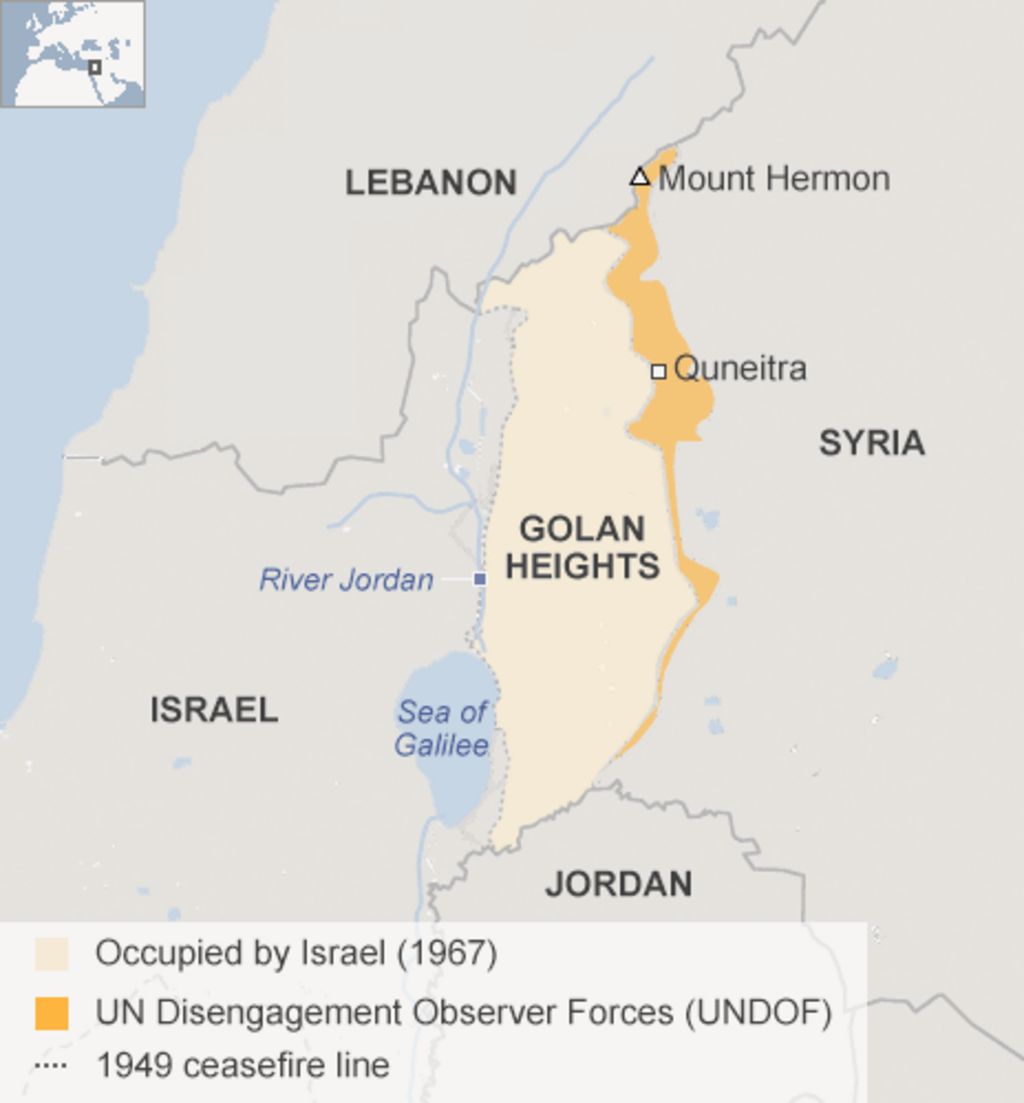 The Golan remains one of the territories that Israel has not relinquished after the 1967 war. Giving it back, which is what the world wants them to do, would make the cities and towns below into sitting ducks.

Still being kept quiet is the December 2016 announcement of a massive oil discovery in the Golan that is being downplayed as not commercially viable.

The Golan has been under constant tension since the 1967 war. The UN, Syria, Iran/Hezbollah, Russia, the EU, and the progressive left in the US, all want Israel to give it to Syria.

But the Golan is a strategic buffer of protection that belonged to Israel since time immemorial.

Putin and Abbas to meet next Thursday