Home Bible prophecy Trump: Iran can do whatever it wants in Syria

YNet News: U.S. President Donald Trump appeared to change course on Syria on Wednesday, by saying that he would not intervene in any Iranian activity in the country once American troops have left.

“They can do what they want there, frankly,” Trump said of Iran’s presence in Syria.

Trump’s statement comes a day after Prime Minister Benjamin Netanyahu met with US Secretary of State Mike Pompeo to discuss Syria and Iran.

“We’re going to discuss the intense cooperation between Israel and the United States, which will also deal with the questions following the decision, the American decisions on Syria, on how to intensify even further our intelligence and operations cooperation in Syria and elsewhere to block Iranian aggression in the Middle East,” Netanyahu said. more … 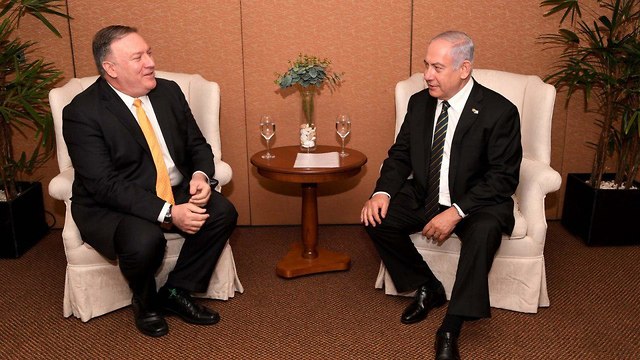 From a secular view Donald Trump is correct, there is no strategic value for the US in Syria. And from a prophetic view, while there is no nation resembling the US in the final wars of the Church age, Ezekiel 38:1-6 prophesied a dangerous alliance between Russia, Iran and Turkey that will attack Israel in the last days.

“Sheba, Dedan, the merchants of Tarshish, and all their young lions will say to you, ‘Have you come to take plunder? Have you gathered your army to take booty, to carry away silver and gold, to take away livestock and goods, to take great plunder?’”

If the theory as to which nations are represented in Ezekiel 38:13 are correct:

All three nations will be powerless to stop the invasion on Israel to take her great wealth (Ezekiel 38:11-12). How they get that way is becoming clearer.

(see more on the war of Gog and Magog here)