JPost: More than 15 Palestinians have infiltrated into Israel since the beginning of the year with the goal of being imprisoned, the IDF Southern Command said, according to a report published by Ynet. Some of those who were arrested were armed with wire cutters and knives, even though they didn’t want to carry out terrorist attacks, the report said, they simply wanted to be imprisoned.

Most of the infiltrators were between the ages of 14 to 17. Recently, Palestinian youths have begun using a new method in hopes of being imprisoned, arriving in groups to the border fence and waiting for the IDF to arrest them, according to the Ynet report.

A small number of the infiltrators were members of Hamas. Some have been sent back to the Gaza Strip after being checked by the Shin Bet General Security Service, in order to prevent severe overcrowding in Israeli prisons. more … 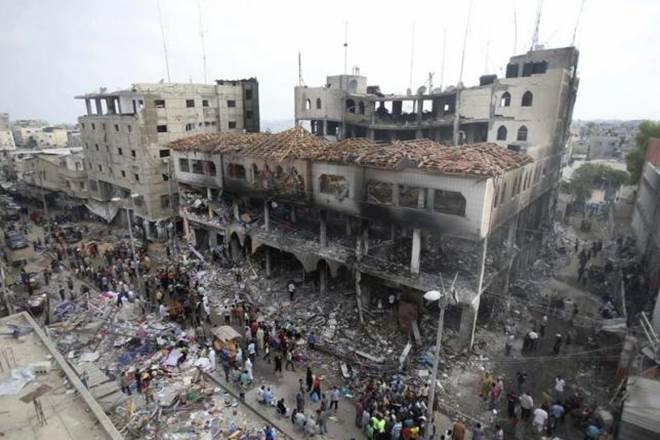 Opinion: Hamas leaders spend over $100 million a year on the group’s military wing, the Izz ad-Din al-Qassam Brigades, according to estimates by both Israeli and Palestinian sources. Spending on digging tunnels accounts for some $40 million of that annual sum.

In Gaza, unemployment has reached 44% and only 41% of those aged between 15 and 29 were actively working, reflecting high pessimism regarding employment prospects.

By comparison there is 18% Arab unemployment in the West Bank since over 90,000 have found work in Israeli companies. Wages in Israel are considerably higher than in the West Bank, as noted by the Bank of Israel. Palestinians with Israeli work permits earn an average of 186 shekels ($47) a day, compared with 87 shekels in the West Bank.

The Jewish prophets, Asaph, Isaiah, Daniel, Ezekiel, Obadiah and Malachi deal with the Arab peoples called Palestinians/descendants of Esau, in the last days.

Ezekiel 35:5-10 prophesies that the Edomites, Palestinians of today, would rise up and kill the Jewish people in the last days.

Obadiah 1:15-18 prophesied a time when the Palestinians would claim the Temple Mount for themselves.

Malachi 1:4 prophesied that the Palestinians “may build but God would throw down“.

Daniel 9:27 prophesied that Antichrist will establish a false peace between Israel and the Palestinian Edomites.

Psalm 83:1-13 prophesies that the Palestinian/Arab nations will be like ‘whirling dust‘ after a 10 nation alliance attacks Israel to wipe out the Jewish nation.

Isaiah 63:1-3 prophesies that Jesus Himself will put an end to the enemy of His people upon His triumphant return.

See the migration of Esau’s descendants in chapter 6 of Blood Feud here.