Algemeiner: STRASBOURG, France — Around 80 graves have been daubed with swastikas at a Jewish cemetery in eastern France, local officials said, hours ahead of nationwide marches on Tuesday against a rise in anti-Semitic attacks.

The damage was discovered on Tuesday morning at a cemetery in the village of Quatzenheim, close to the border with Germany in the Alsace region, a statement from the regional security office said. more … 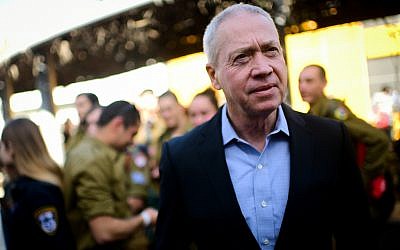 “The desecration of the Jewish cemetery in France conjures images of dark times in the history of the Jewish people,” Gallant says in a statement.

“Last week I visited the Jewish community in Paris, which is under an anti-Semitic attack and in the process of assimilation. (source)

Want to know why Israel will need its original land grant from God?

Prophecy tells us that three wars are coming to deal with Israel’s enemies permanently.

Revelation tells us that during the final war, there will be 144,000 Jewish evangelists sent throughout the world, and two permanent Jewish preachers in Jerusalem preaching Messiah, which will frustrate Antichrist who will not be able to stop them.

“And I will give power to my two witnesses, and they will prophesy one thousand two hundred and sixty days, clothed in sackcloth” Revelation 11:3.

At the end of the tribulation/beginning of the Millennium, Gentiles and Jews who have come to Christ will not have the benefit of the once saved always saved (John 10:28-30) doctrine that was granted during the church age.

It is possible that during that period as some  prophecy scholars have suggested, that a third testament will be created for instructions for Millennial survivors on how to become saved, living according to the commandments, remedies for sin, what happens after death, and other things that will be different from life during the church age. (source)

The Overarching Goal Behind The Digitization Of Money

Is Rashida Tlaib Actually a Jew?