VOA News: China’s top diplomat, Yang Jiechi, said on Saturday that almost 40 foreign leaders would take part in the summit due to be held in Beijing in late April. He rejected criticisms of the project as “prejudiced.”

The first summit for the project, which envisions rebuilding the old Silk Road to connect China with Asia, Europe and beyond with massive infrastructure spending, was held in 2017 and was attended by Matt Pottinger, the senior White House official for Asia.

There are no such plans this year.

“We will continue to raise concerns about opaque financing practices, poor governance, and disregard for internationally accepted norms and standards, which undermine many of the standards and principles that we rely upon to promote sustainable, inclusive development, and to maintain stability and a rules-based order.” more …

Opinion:The Silk Road was an ancient network of trade routes, formally established during the Han Dynasty of China, which linked the regions of the ancient world in commerce between 130-1453 AD. The European explorer Marco Polo (1254-1324 AD) traveled on these routes and described them in depth in his famous work but he is not credited with naming them. 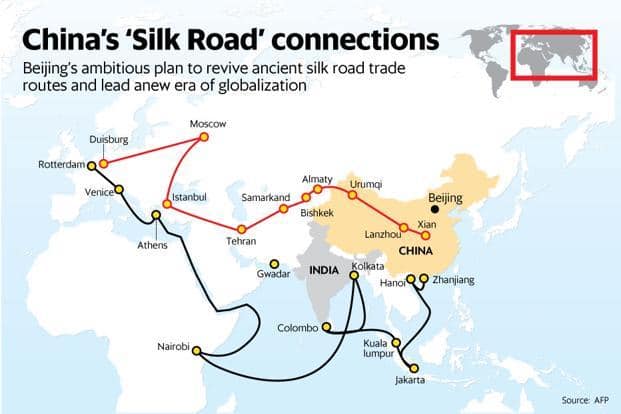 (Israel is right there between Istanbul and Athens)

… Bible prophecy calls for the Kings of the East (Revelation 16:12) to travel 3900 miles across the Euphrates to the plains of Meggido for the final battle of mankind. The road is under construction.

“Then the sixth angel poured out his bowl on the great river Euphrates, and its water was dried up, so that the way of the kings from the east might be prepared”

“When you see Jerusalem being surrounded by armies, you will know that its desolation is near” Luke 21:20.

(Thanks to Vason for following the Silk Road developments)