JPost: The Israeli right is in an uproar over a KANN report that Prime Minister Benjamin Netanyahu held a security cabinet meeting to promote a Palestinian building plan for Area C in advance of a visit by US envoy Jared Kushner.

“If it’s true that this is an American demand, then we expect our government to say loud and clear – enough!” Gush Etzion Regional Council head Shlomo Neeman said.

The prime minister “must stop the delusional demands of our great friend [US President Donald Trump]” who, if he is a friend, would understand. more … 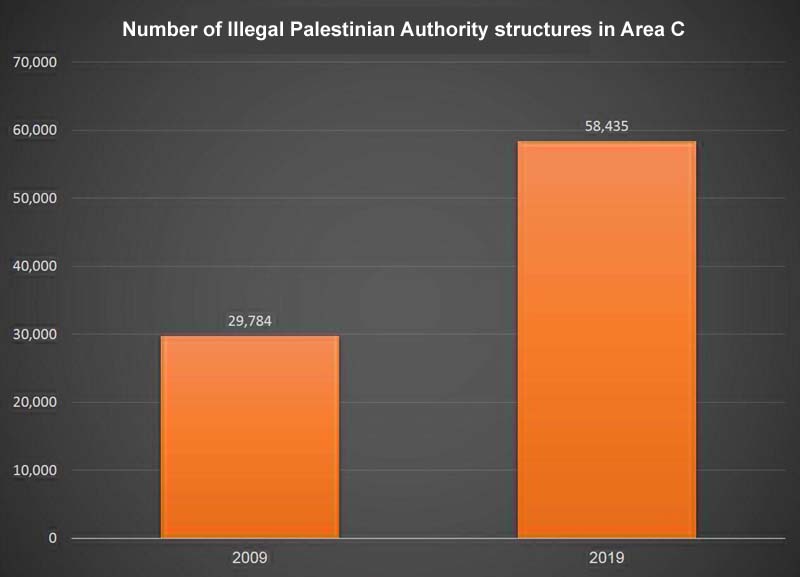 Opinion: We posted the first headline on this article in Today’s Headlines earlier this morning. Let’s review to see if we can figure out what is causing an uproar.

Areas A, B and C came into existence about 25 years ago, after they emerged in legal documents related to the Oslo negotiations – especially the interim agreement between Israel and the PLO signed in September 1995 known as the Oslo II Accord. The accord extended the jurisdiction of the newly formed Palestinian Authority to the major towns in Judea and Samaria (West Bank). The PA had secured jurisdiction over most of Gaza and Jericho a year-and-a-half earlier.

These 3 types of jurisdiction were intended to have meaning for only five years or so, until a final settlement to the Palestinian issue was supposed to be achieved, around 1999.

What was left out was the letter “J” for Jerusalem. The Jerusalem issue was mentioned only as one of five crucial issues that were to be resolved in the final talks. This meant that Jerusalem remained formally under exclusive Israeli jurisdiction.

In the past few years, the Palestinians have been systematically violating the the Oslo II Accords with respect to Area C. In the absence of negotiations (a situation for which the Palestinians themselves are responsible), they defined Area C as an area of interest for the establishment of a Palestinian state in Judea and Samaria, and are acting accordingly.

The legal distinctions of the Areas are only to be supplanted by the signing of a final agreement.

The question is – why is Netanyahu allowing Arab incursion into Area C? Is it part of the deal of the century? If so, another disastrous decision is in the works.