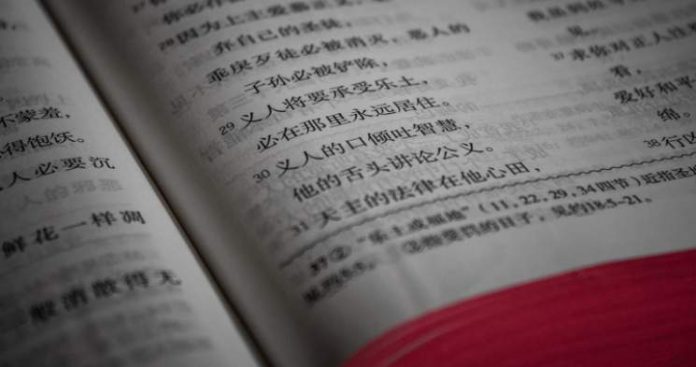 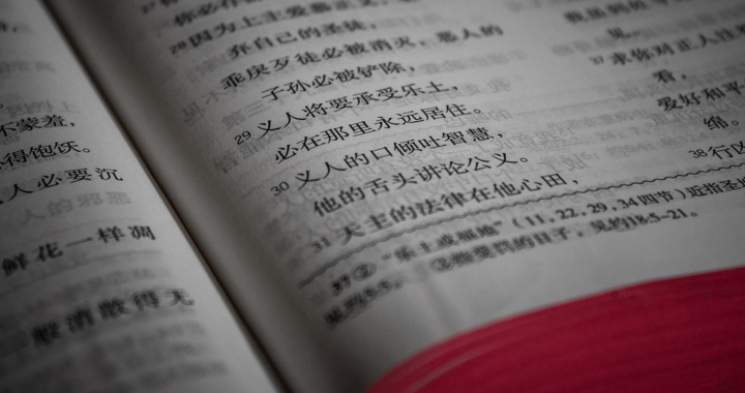 The New American: China sometimes calls itself the Middle Kingdom, but it’s paving a way to the netherworld with a new effort: rewriting the Bible to make it compatible with socialism. Moreover, it’s doing the same with the Koran.

In fact, Beijing is instituting new religious rules, set to take effect February 1, that may essentially make the state the church. As AsiaNews.it reported, under the rules, “Every aspect of the life of religious communities — from formation, to gatherings, to annual and daily projects — is subject to approval by the government’s religious affairs department.”

“In addition to widespread control of all community activities, the new measures require religious personnel to support, promote, and implement total submission to the Chinese Communist Party among all members of their communities,” the site continued.

In accordance with this are the “reports that China is in the process of rewriting the holy books of major religions, including the Bible and Quran … [as President] Xi Jinping has declared that the ideologies of religions be interpreted according to the core values of socialism. Read More …

Opinion: In 1973, abortion was made legal for cases of rape, incest and health of the mother. In 2019, infanticide has been approved in two states – Progressive-ism, must move forward to the next level.

In 1999, Venezuela adopted a socialist government under Hugo Chavez. In 2018, Venezuela became a Communist dictatorship under Nicolas Maduro. Socialism must move forward to the next level.

On September 26, 2018, days after signing a landmark agreement with the government of China on the appointment of bishops, Pope Francis urged Catholics to trust the agreement. Pope Francis is a progressive socialist.

The United States is flirting with Socialism. If it passes, it won’t be long until the new government begins the process of rewriting the holy books of major religions to fit a socialist agenda.

Progressive, socialist and communist governments fear one thing about Christianity even more than the Book …

“And let us consider one another in order to stir up love and good works, not forsaking the assembling of ourselves together, as is the manner of some, but exhorting one another, and so much the more as you see the Day approaching.” Hebrews 10:24-25

The gathering of the Body of Christ together has power.

How Electronic Tattoos Will Change The World — And Ourselves