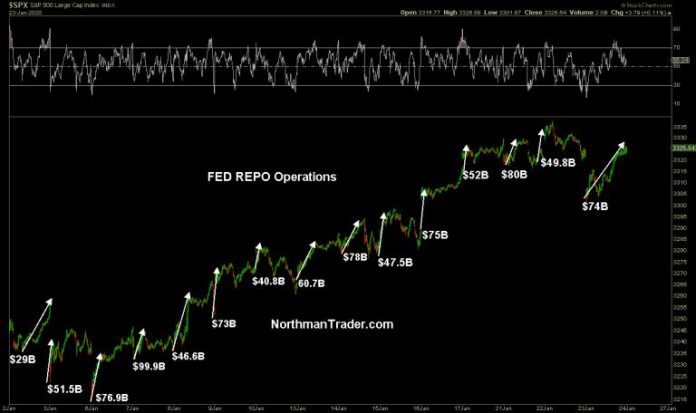 Zero Hedge: Last week, while you were busy working, Jamie Dimon, CEO of JP Morgan Chase, took time out from rubbing elbows with fellow movers and shakers at the World Economic Forum in Davos, Switzerland, to share his trepidations:

“The only thing I have trepidation about is negative interest rates, QE, and the diversion between stock prices and bond prices and yield and stuff like that…

I think it’s very hard for central banks to forever make up for bad policy elsewhere, that puts them in a trap.  We’re a little bit in that trap today with rates so low around the world.”Read More ...

Opinion: We have been reporting on the Federal Reserve’s repo madness since November. I tried to keep track of the Fed’s additions to the banking system but lost track at $950 billion.

What bothers me was the reason the Fed began QE 4 to begin with. They said it was because of money market liquidity, which is a scary reminder of the 2008-9 financial crisis. In 2009, rumors spread on Wall Street that the money market might ‘break the buck’, or, investors may have to take a loss if they pulled money out.

So why is the money market having problems again, when the US economy is supposedly the strongest in history? As long as the markets rally almost no one cares.

Last week our #1 contributor to this site, Vason, sent me this chart that shows the effect on the market when the Federal Reserve pumps money into the banking system: 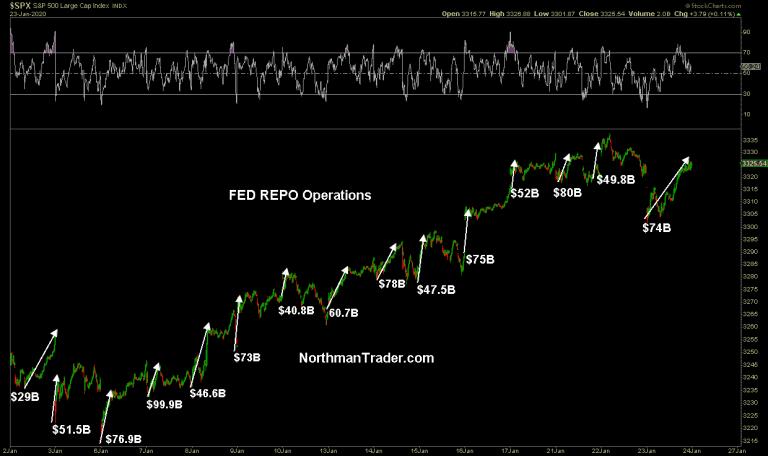 There are 4 judgments that kick off the 7 year tribulation (Revelation 6:1-8):

It’s that third one that keeps jumping out at me lately.