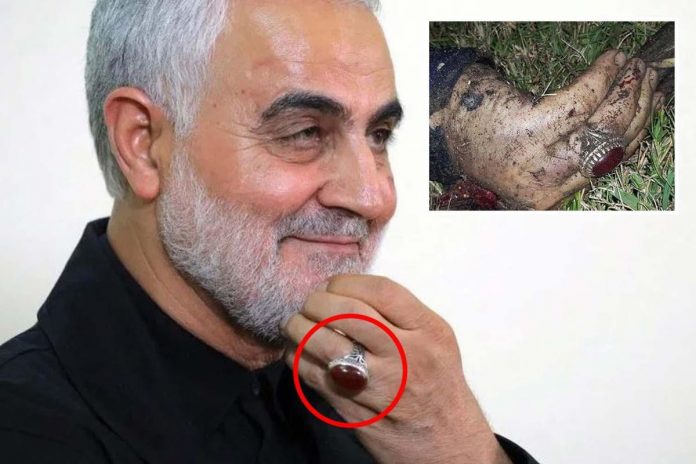 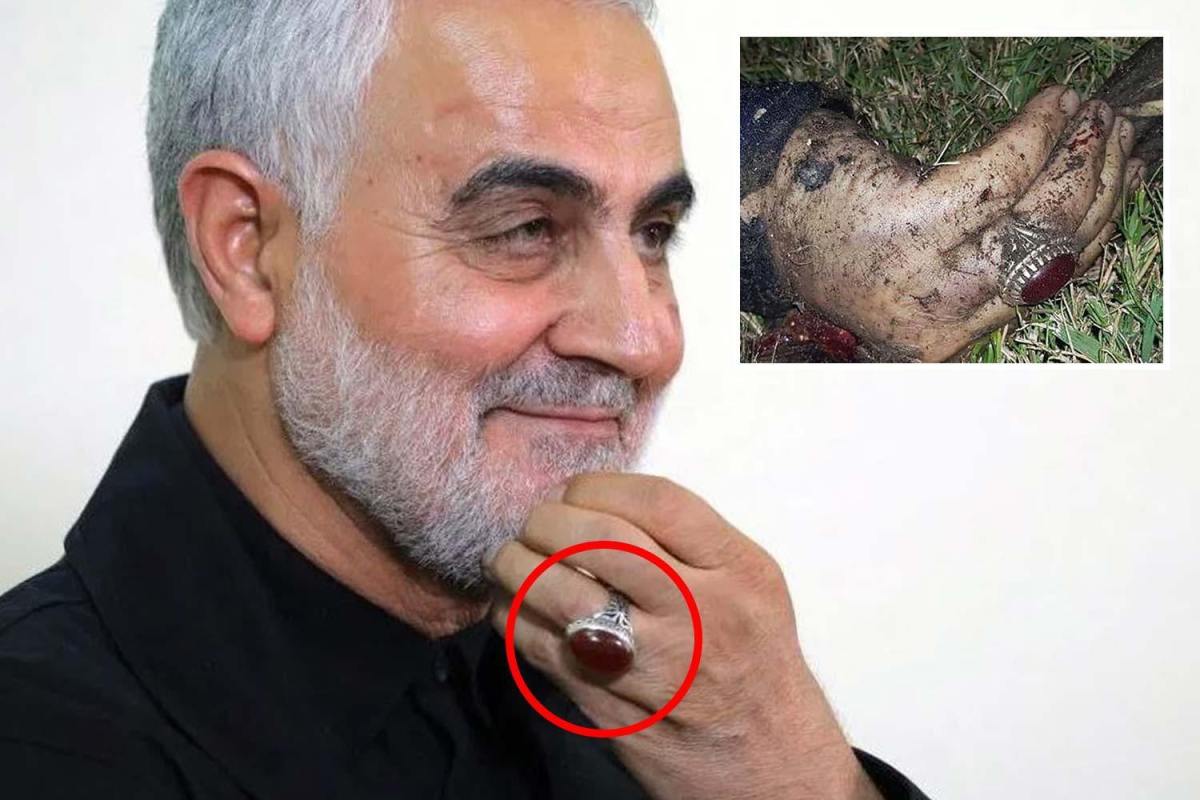 Ten people were killed in the blast and Soleimani was ripped to pieces, leaving little behind to ascertain that the intended target was actually killed. With only scraps of bodies to work with, Soleimani’s death was confirmed by the remains of his arm, still wearing a large red ring he never removed.

The New York Post asked jewelers about the ring.

“From the photo, it looks like it’s a carnelian stone — it’s not a ruby; it comes from Africa,” Maykel Rieth, a professional gem cutter told the Post. “The ring is made out of silver. It could be white gold, but it looks like silver — and whoever made a stone like this is not going to put it in gold because it’s not an expensive piece.”

Islam forbids men from wearing gold rings. Mohammad wore a silver ring set with a carnelian stone on his right hand as a commemoration of the removal of idols from the Grand Mosque in Mecca in 630 CE. To this day many Muslims do the same. Read Article…

Opinion: Esther 3:10: “So the king took his signet ring from his hand and gave it to Haman, the son of Hammedatha the Agagite, the enemy of the Jews.”

Haman’s lineage is given in the Targum Sheni as follows: “Haman the son of Hammedatha the Agagite, son of Srach, son of Buza, son of Iphlotas, son of Dyosef, son of Dyosim, son of Prome, son of Ma’dei, son of Bla’akan, son of Intimrom, son of Harirom, son of Sh’gar, son of Nigar, son of Farmashta, son of Vayezatha, son of Agag, son of Sumki, son of Amalek, son of the concubine of Eliphaz, firstborn son of Esau.”

Twenty-four hundred years ago the bloodline of Esau showed up in Persia, modern-day Iran. Israel’s first king Saul had been given explicit instructions to kill all the Amalekites (men women and children) to stamp out the divergent bloodline of Amalek, grandson of Esau.

So was Soleimani a descendant of Haman? If the ring fits …

MOST PEOPLE MISS THIS CRITICAL MESSAGE WHEN READING ISAIAH 43

Oil is escaping from ‘purgatory,’ as supply fears shift from glut to shortage