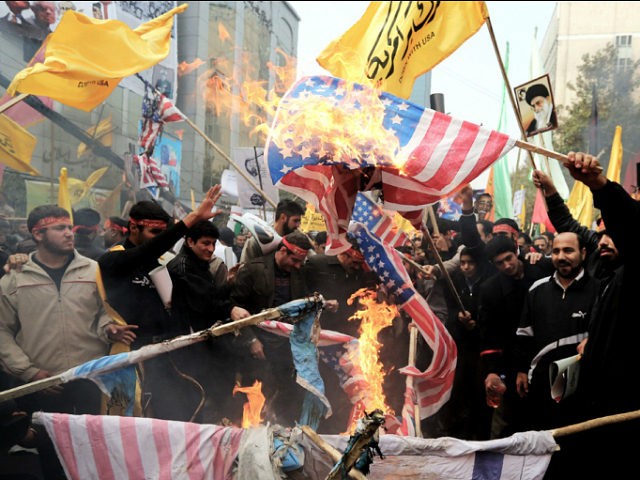 Breitbart: The notorious Quds Force is a unit under Iran’s Revolutionary Guard Corps with the authority to carry out secretive foreign intervention operations. Its mandate includes unconventional warfare and intelligence activities.

Since 1998, the Quds Force was led by Major General Qassem Soleimani, 62. As most people were recovering from the 2020 new year celebration, Soleimani’s term came to an abrupt end. On January 3rd, he was targeted and killed in a U.S. airstrike at Baghdad airport where he was busy planning attacks on U.S. diplomats and military forces, the Pentagon confirmed.

Unsurprisingly, media snowflakes and congressional Democrats were quick to criticize President Donald Trump for allegedly bringing us to the “brink of an illegal war.” House Speaker Nancy Pelosi (D-CA) said, “we cannot put the lives of American service members, diplomats, and others further at risk by engaging in provocative and disproportionate actions.”

Such critics need to be awoken to reality: Tehran has been at war with us for 40 years; we have just refused to fight back. Read More …

Opinion: According to Biblical prophecy, the death of the second most powerful man in Iran, Qassem Soleimani, will by no means change Iran’s murderous intentions to wipe the Great Satan, America, and the Little Satan, Israel, off the map.

The aim of the Al Quds security force that Soleimani led has not changed. If anything, the showdown between Israel and Iran has been moved to the front burner.

Headlines from Sunday: “Iran has 32 targets – US has 52 targets” illustrates the game of chicken being played, and it is Khamenei who will have to decide if he is willing to take another massive hit. And isn’t it interesting that one of the most seasoned world leaders, Benjamin Netanyahu, supposedly ‘stumbled’ yesterday admitting for the first time that Israel is a nuclear power.

If we are where I think we are on the Bible’s timeline, we can expect Iran’s heavily armed militias, Hamas and Hezbollah, to begin terror attacks and possibly join forces.

How do I know? God’s word says that before Iran gets into a shooting war (Gog Magog), Israel will be living in a false peace after recovering from war (Ezekiel 38:8). What could make Israel be so secure? Only the destruction of her irascible neighbors as prophesied in Psalm 83.

“O my God, make them like the whirling dust,
Like the chaff before the wind!
14 As the fire burns the woods,
And as the flame sets the mountains on fire,
15 So pursue them with Your tempest,
And frighten them with Your storm.” Psalm 83:13-14

ICC Prosecutor Doubles Down That Palestine Is A State