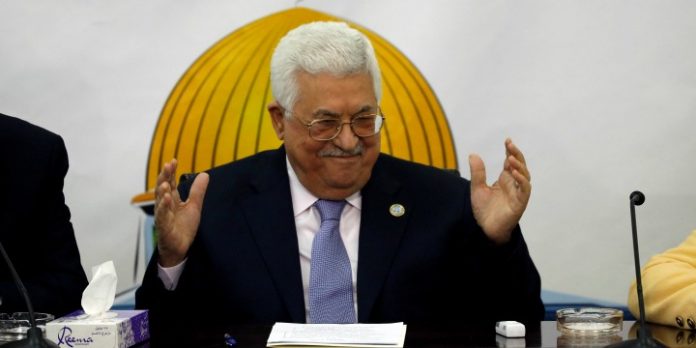 Algemeiner: Recently-published accounts reveal that the Palestinian Authority (PA) spent almost $150 million in 2019 on salaries and other benefits for convicted terrorists and their families.

According to the Israeli NGO Palestinian Media Watch (PMW), “the PA has admitted to spending no less than 517.4 million shekels ($149.7 million/€136 million) paying salaries to terrorist prisoners and released prisoners in 2019.”

The NGO pointed out that “Israeli law demands that this figure be deducted from the monthly tax transfers Israel makes to the PA.” Read More … 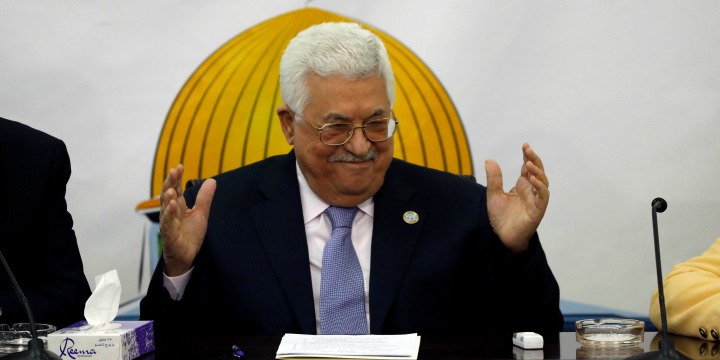 Opinion: Look at that smile. After the concerned speeches and somber faces of world leaders on the 75th anniversary of the closing of the Auschwitz killing factory, only one leader cancelled money for ‘pay for slay’.

Only Donald Trump cancelled the terror money and spoke out about terror salaries at his speech on Tuesday:

“To ensure a successful Palestinian state, we are asking the Palestinians to meet the challenges of peaceful co-existence.  This includes adopting basic laws enshrining human rights; protecting against financial and political corruption; stopping the malign activities of Hamas, Islamic Jihad, and other enemies of peace; ending the incitement of hatred against Israel — so important; and permanently halting the financial compensation to terrorists.”

“For from the top of the rocks I see him,
And from the hills I behold him;
There! A people dwelling alone,
Not reckoning itself among the nations.” Numbers 23:9

Under Barack Obama, it looked as if the US was going to abandon the Jewish state. Early in his presidency (May 2009) Obama stated Israel should return to the 1967 borders, just before inviting the Muslim Brotherhood to his Cairo speech. Then in 2016 on his last vote in the UN Security Council, Obama instructed Samantha Power to abstain on Resolution 2334 that made Israeli settlements illegal, handing another huge victory to Israel’s enemies.

In between those dates, Obama enriched Iran with billions that in turn enriched Hamas and Hezbollah.

Donald J. Trump has stood for Israel and while the US has been blessed, the president has paid a big price. The left now calls him an anti-Semite and has invented reasons to take his presidency.

There is only one Democrat standing for Israel and that is Michael Bloomberg. Any one of rest will likely restore payments to Abbas.