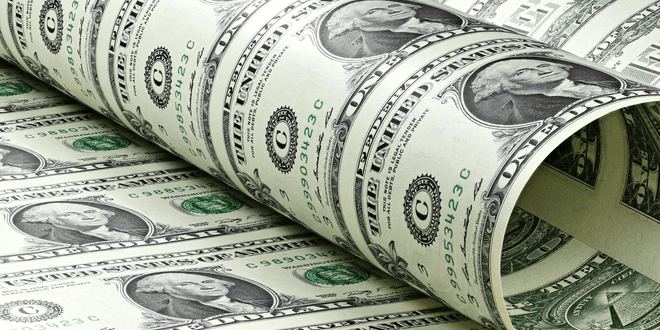 Farber begins by explaining that all major market crashes, such as the one that catalyzed the 1929 Depression, were sparked by panic. Thus Farber believes that this summer, people will realize that “something is wrong.” And when that happens, “the value of the dollar will collapse and the entire collapse will take a matter of months, maybe a year at most” he explains.

“The money supply (in America) keeps expanding all the time. If it ever stops, prices of bonds go down. The money supply always seems to slow down by August-September every year”

Farber highlights the difference between 2008 and the upcoming dollar collapse noting: “What is happening this year, the bubble is not in housing, it’s in the dollar itself. Treasury bonds are at an all-time low. The government admitted that the CPI inflation rate is 2.3% per year. The interest rate paid on treasury bond 1.3%. This means you’re guaranteed to lose money if you buy a 10-year treasury bond in the US. In Europe, it’s even worse.”  Read More …

Opinion: The Federal Reserve launched Quantitative Easing (QE) 4 on January 2 this year. The Fed was supposed to be raising interest rates to pay down the $4 trillion they printed during QE1, QE2 and QE3, but alas, were unable to do so when the global market plunged in October 2018.

Since early 2019, the Fed has been lowering interest rates in an effort to prevent what is happening this week, a stock market crash. An analogy is a drug addict who needs more and more drugs just to maintain a high. The more the addict takes in the more he needs. In the same way the banking system needs fresh printed capital to fuel the global market.

Paper money (fiat currency) has value only because a government maintains its value, or because parties engaging in exchange agree on its value. Money printing debases the value of money in existence which is the reason counterfeit is illegal.

There is not one major currency in the world backed by anything of value like gold. If the US dollar were to crash, as Rafi Farber says, hyperinflation could take hold suddenly:

“The collapse will start suddenly and take about a year, not 10-15. Just one. The crux of it is this: Most of the dollars you deal with and entrepreneurs and industrialists generally, deal with, are locked up in institutional bank deposits, not consumer bank accounts.

The Book of Revelation points to three stages of economic collapse:

Revelation 6:5-6 affects the common man. The onset of hyperinflation will cause a man or woman to work a full day to have enough money to buy food for the day. The 1% super rich (oil and wine) are spared for a time

Revelation 13:16-17 affects all who are left behind (1 Thess. 4:16-17). An economic reset whereby the government of Antichrist will have total control of commerce indicating a single digital global currency.

Revelation 18:9-20 affects the 1%. The Babylonian religious, governmental, and economic system of Antichrist will be destroyed – men will wail and mourn:

‘Woe! Woe to you, great city,
dressed in fine linen, purple and scarlet,
and glittering with gold, precious stones and pearls!
In one hour such great wealth has been brought to ruin!’