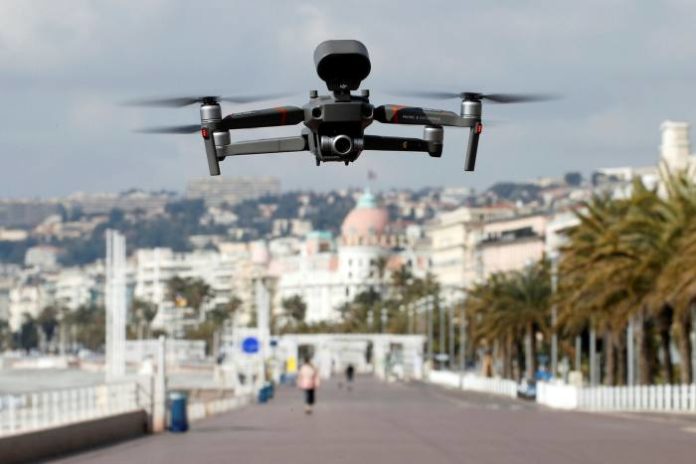 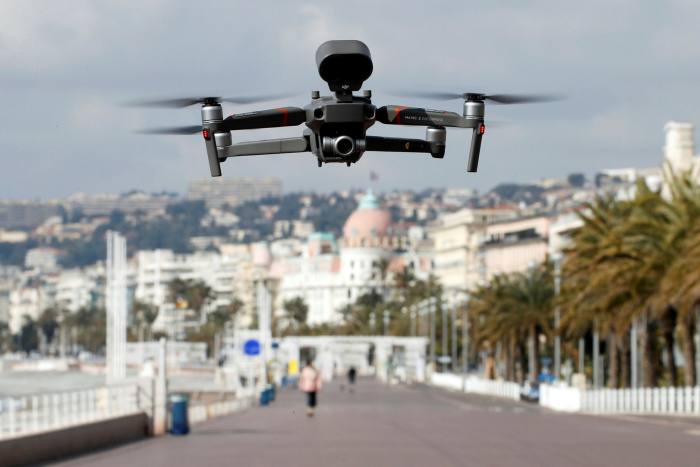 Washington Free Beacon: A California police department is planning on using drones equipped with cameras and loudspeakers to monitor a coronavirus shutdown.

The Chula Vista Police Department recently doubled its fleet of drones, purchasing two of the machines from Chinese company DJI. The police department told the Financial Times that they would be outfitted with night-vision cameras.

“We have not traditionally mounted speakers to our drones, but … if we need to cover a large area to get an announcement out, or if there were a crowd somewhere that we needed to disperse, we could do it without getting police officers involved,” said Capt. Vern Sallee.

“The outbreak has changed my view of expanding the program as rapidly as I can,” Sallee added.

Police drones are being used in Brussels to warn the public that lockdown is in force, and that social distancing regulations must be adhered to.

For the latest updates on #coronavirus, click here: https://t.co/nINriV0Bo4 pic.twitter.com/M3JNMNJhCH

Opinion: “And they had tails like unto scorpions, and there were stings in their tails: and their power was to hurt men five months.” Revelation 9:10

I really don’t know if armed drones are what John was describing, but it sure sounds possible. The scene is the Great Tribulation and the second set of 7 Trumpet Judgments are in full swing.

The scene today is an astonishing disappearance of our freedoms imposed by the government upon a panicked public.

“Mind you, these would be permanent changes in the law. They won’t suddenly go away when the emergency is over.”

“Freedom’s just another word for nothin’ left to lose
Nothin’, don’t mean nothin’ hon’ if it ain’t free, no no” Kris Kristofferson 1969.