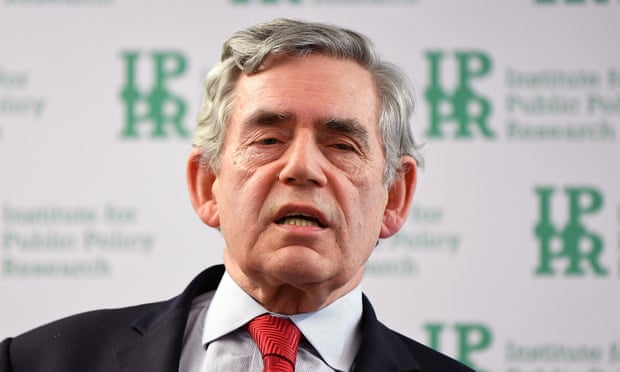 The Guardian: Gordon Brown has urged world leaders to create a temporary form of global government to tackle the twin medical and economic crises caused by the Covid-19 pandemic.

The former Labour prime minister, who was at the centre of the international efforts to tackle the impact of the near-meltdown of the banks in 2008, said there was a need for a taskforce involving world leaders, health experts and the heads of the international organisations that would have executive powers to coordinate the response.

A virtual meeting of the G20 group of developed and developing countries, chaired by Saudi Arabia, will be held on Thursday, but Brown said it would have been preferable to have also included the UN security council. Read Article …

Opinion: A task force coming out of a global crisis could explain how the rise of Antichrist will happen. His first appearance comes in Revelation 6:1-2 as a peacemaker:

“Now I saw when the Lamb opened one of the seals; and I heard one of the four living creatures saying with a voice like thunder, “Come and see.” 2 And I looked, and behold, a white horse. He who sat on it had a bow; and a crown was given to him, and he went out conquering and to conquer.”

This peacemaker (bow – no arrows) will reconstruct the 27 nations of the EU into 10 states with 10 presidents as spoken of in Daniel 7:24:

One by one this man of peace will amass massive power on a level not seen since Alexander in 330 BC. But the true identity of this man will not be obvious until the second half of the tribulation as prophesied in Revelation 13:1-5 when he is assassinated, stages a false resurrection, and is indwelt by Satan:

“Then I stood on the sand of the sea. And I saw a beast rising up out of the sea, having seven heads and ten horns, and on his horns ten crowns, and on his heads a blasphemous name. 2 Now the beast which I saw was like a leopard, his feet were like the feet of a bear, and his mouth like the mouth of a lion. The dragon gave him his power, his throne, and great authority. 3 And I saw one of his heads as if it had been mortally wounded, and his deadly wound was healed. And all the world marveled and followed the beast. 4 So they worshiped the dragon who gave authority to the beast; and they worshiped the beast, saying, “Who is like the beast? Who is able to make war with him?”

The 10 horns are now all under his power. He will create the abomination spoken of in Daniel 9:27

“Then he shall confirm a covenant with many for one week;
But in the middle of the week
He shall bring an end to sacrifice and offering.
And on the wing of abominations shall be one who makes desolate”

At that time, the Great Tribulation will begin Matthew 24:31.