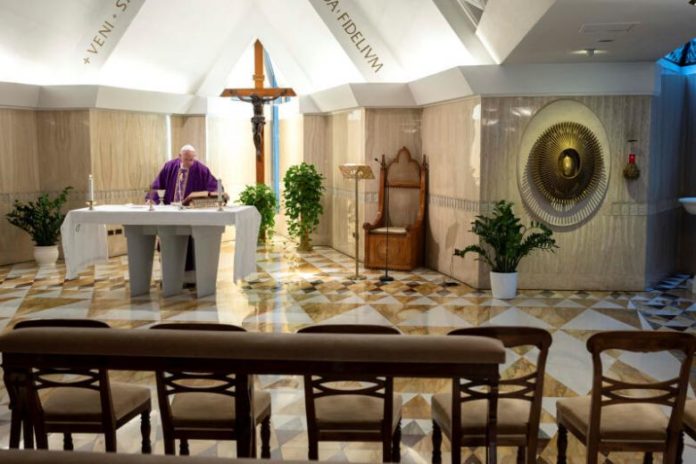 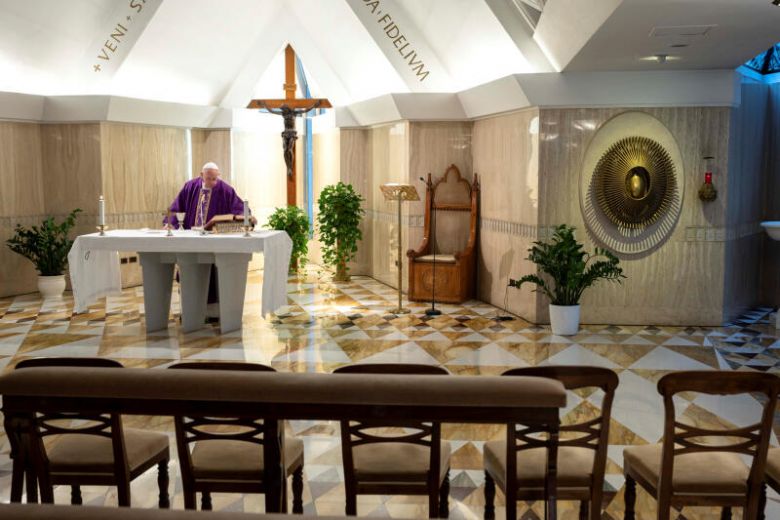 Straitstimes: Pope Francis urged Catholic priests on Tuesday (March 10) to “have the courage” to go out and help those sickened by the coronavirus, hours after Italy was placed on a nationwide lockdown.

“Let us pray to the Lord also for our priests, that they may have the courage to go out and visit the sick… and to accompany the medical staff and volunteers in the work they do,” the pontiff said during a mass in Vatican City.

St Peter’s Square in the Vatican – in the centre of the Italian capital Rome – was almost empty on Tuesday, with only a few dozen people walking around, most of them without masks. Read Article …

Opinion: With the pope and Vatican staff safely behind 200 foot walls …

Yesterday in Costello D’ Agogna, Italy, an elderly Italian priest is in trouble with civil authorities for celebrating a public Sunday Mass.

Father Antonio Lunghi, an 88-year-old priest of Castello d’Agogna, a small village in Pavia, was reported to the local public prosecutor after offering Mass in the parish church. Eight people were present, apparently violating an ordinance by both civil and ecclesial authorities against saying Mass in public.

“Let everyone be subject to the governing authorities, for there is no authority except that which God has established. The authorities that exist have been established by God. 2 Consequently, whoever rebels against the authority is rebelling against what God has instituted, and those who do so will bring judgment on themselves.”

Herd Immunity To COVID-19 May Be Closer Than We Think, New Studies Say