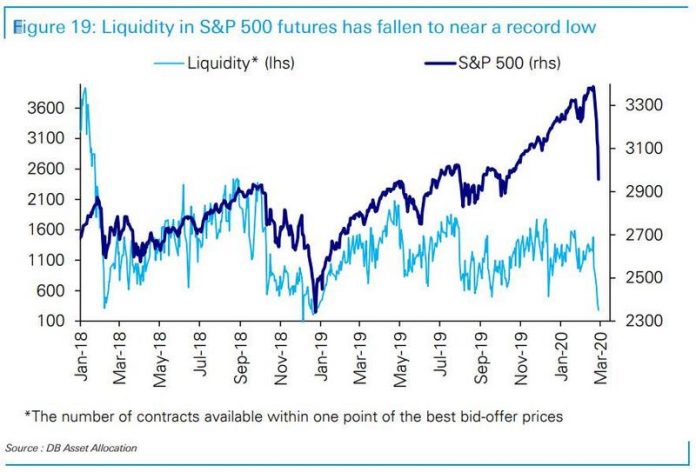 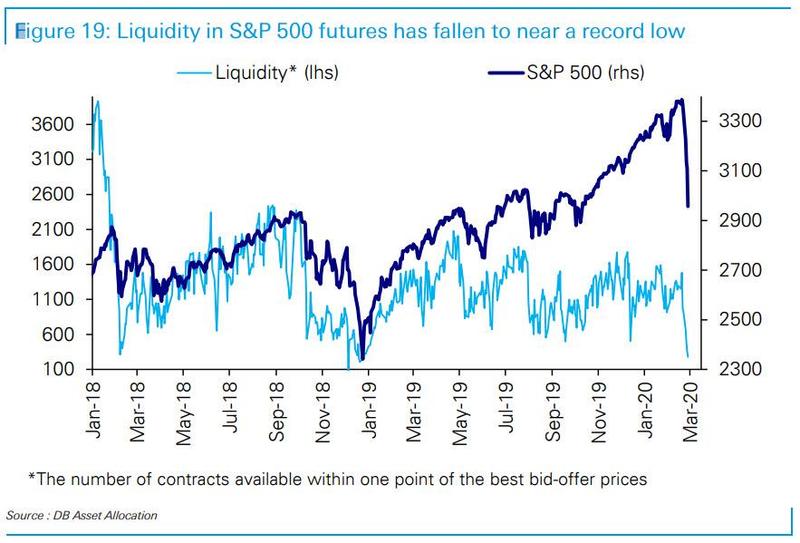 Zero Hedge: Over the weekend, we warned that as investors hoped for a respite in vomit-inducing swings and soaring market volatility, such hopes would be dashed for one key reason:

liquidity in S&P futures was all time low, noting that with “virtually no liquidity, extreme moves to the downside are now very likely which in turn creates a reflexive relationship with risk sentiment, as the lower the liquidity and greater the selloff, the higher volatility surges leading to even lower liquidity, even more selling and so on.

In short: absent central bank intervention, it will be virtually impossible for any major player to arrest the market’s collapse.” Read More …

It wasn’t supposed to happen like this. When Quantitative Easing began in 2008-9 it was supposed to one and done. The Treasury would turn on the printing press, deposit the money in ‘too big to fail banks‘, and when the crisis ends they would simply pay the debt back.

QE2 was followed by QE3 and by then the recession had eased, and the Federal Reserve announced they would raise interest rates and begin unwinding the  $4,000,000,000,000 debt they created.

That didn’t work, either.

So here we are in another ‘crisis’ and the Fed is cutting rates again and guess what, it isn’t working.

The liquidity that the author of the above article is calling for will be QE5 (remember the Fed still doesn’t admit that the 1.5 trillion they recently poured into the market was QE so it is called “not QE”).

Also, keep in mind that the Book of Revelation 6:5-6 prophesies hyperinflation. I have no idea how many QEs it will take to get there, but the path is getting clearly marked … 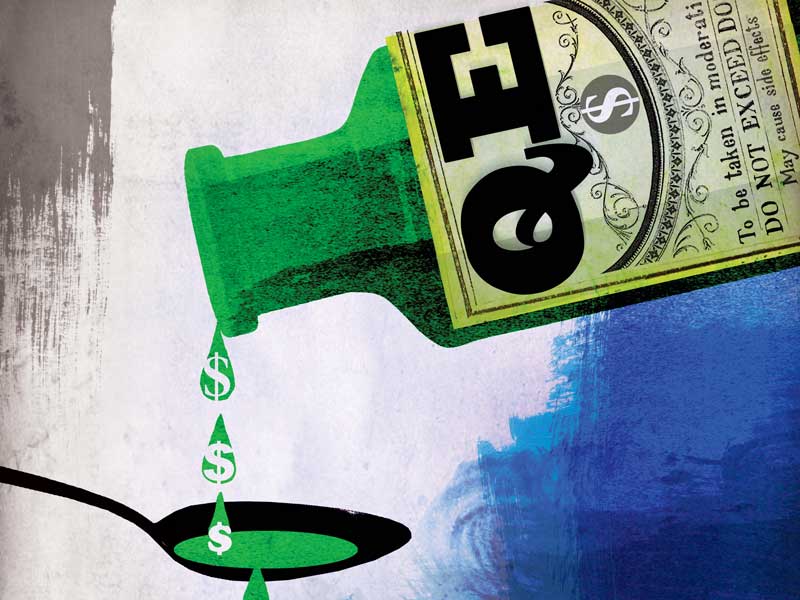 For First Time Ever: Richest 1% Own More Than Half Of The World’s Wealth