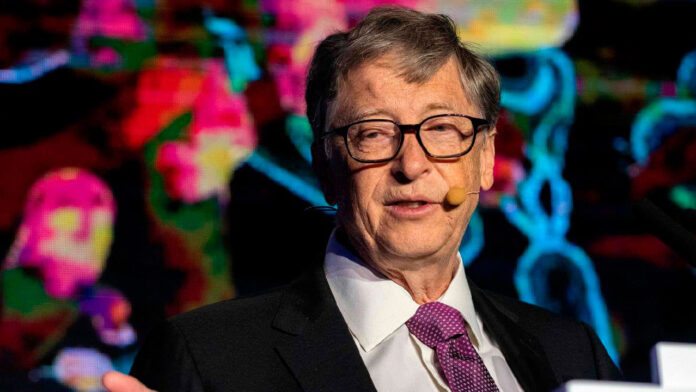 VC: For years, Bill Gates has been at the forefront of research regarding global pandemics and mass vaccination campaigns. In the past decade, Gates went on record several times stating that the world was not ready for a global pandemic.

In October 2019 (only a few months before the apparition of COVID-19) the Bill and Melinda Gates Foundation (in cooperation with the World Economic Forum) hosted Event 201, a 3.5-hour table-top simulation of a global pandemic.

Oddly enough, this simulation was about a novel coronavirus that would kill millions. About eight weeks later, an actual novel coronavirus spurred in China. This led to some people wondering if this exercise actually predicted the spread of COVID-19. In response to these questions, a statement was posted on the Event 201 website.

What changes are we going to have to make to how businesses operate to maintain our economy while providing social distancing?

The question of which businesses should keep going is tricky. Certainly food supply and the health system. We still need water, electricity and the internet. Supply chains for critical things need to be maintained. Countries are still figuring out what to keep running.

“Eventually we will have some digital certificates to show who has recovered or been tested recently or when we have a vaccine who has received it.” Read More…

Opinion: I have been opining for years that apparent prophetic events embedded in headlines go unnoticed. Not any more, according to this excerpt from the VC article:

“While most of Gates’ answers were received with praise, this one raised lots of eyebrows. The most upvoted reply highlights the similarities between Gates’ solution and the “Mark of the Beast” in the Bible.”

According to a Washington Examiner Headline from Tuesday:

Nearly half of the country believes that the sweeping and deadly coronavirus is a “wake-up call” from God, and one-third see it as the “last days” predicted in the Bible, according to a new national survey.

The key finding in the Joshua Fund’s survey, provided exclusively to Secrets, is a feeling in the country that people need to embrace faith and return to religion.

Religion not so much. According to Lifeway Research, 98% of Christian churches do not teach the rapture, and that’s because since the 2nd century, an early church father by the name of Origen allegorized and spiritualized Scripture until 4/5ths of prophecy was lost.

“When Constantine became emperor of Rome in A.D. 323, he united church and state, and bestowed such great gifts and privileges on the church that it claimed the Millennial blessings of the Old Testament had been transferred from the Jews to the Christian Church.

The arrogance and persecution of the Papal Church led to the charge that it was the “Beast” (Antichrist) of the Book of the Revelation. This led to to an effort to expunge the Book of Revelation from the Sacred Canon, and when this failed, the Bible was locked up and became a sealed book, and the gloom of night settled down on all Christendom. The result was the Dark Ages.

At the Reformation the doctrine of the Premillennial Return of the Lord was revived, but was again lost sight of in the religious controversies that led to the formation of different sects.”

Bill and Melinda Gates will have an easy time creating and selling the mark, the church is lost in allegory.

NFL To Play ‘Black National Anthem’ Before All Week One Games

Trump: We have a ‘rare opportunity’ to bring peace to the Middle East