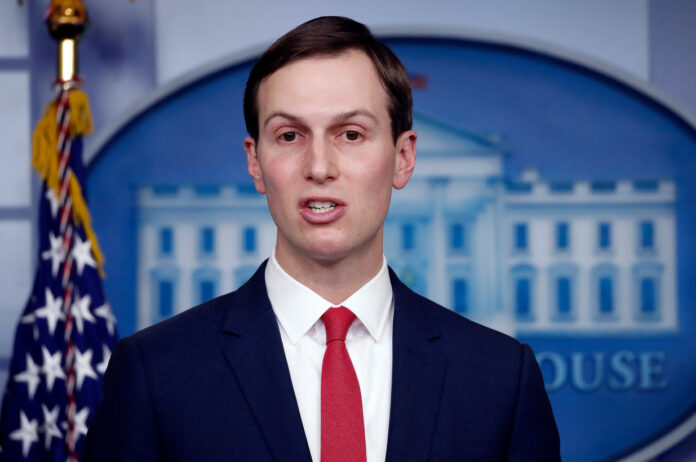 New York Post: Jared Kushner, a top White House adviser and President Trump’s son-in-law, and his coronavirus-fighting team are reaching out to health technology companies about creating a national surveillance system to track the spread of the pandemic, according to a report.

The monitoring system would provide the government a near-real-time view of where people were being treated and whether hospitals have the capacity to treat them, Politico reported Tuesday.

The information would help the government determine in which areas of the country social distancing guidelines should be relaxed or bolstered. Read More .

Opinion: There is a lot of speculation in prophecy circles that Kushner could be the final Antichrist.

And now, Jared is in charge of surveillance? Really? It isn’t mentioned in the New York Post article, but we have been following Bill Gates’ little project of keeping track of people who have survived the virus. From our post April 6, a Bill Gates interview:

Eventually what we’ll have to have is certificates of who’s a recovered person, who’s a vaccinated person, because you don’t want people moving around the world where you’ll have some countries that won’t have it under control, sadly. You don’t want to completely block off the ability for people to go there and come back and move around.

Hmmm… surveilling  people with a digital mark sounds familiar (Rev. 13:16-17). Whether Kushner or Gates is Antichrist we will never know, but they seem to be building a globalist platform for someone?

Thanks to Vason for sending in this headline.

Witches Outnumber Presbyterians in the US; Wicca, Paganism Growing ‘Astronomically’