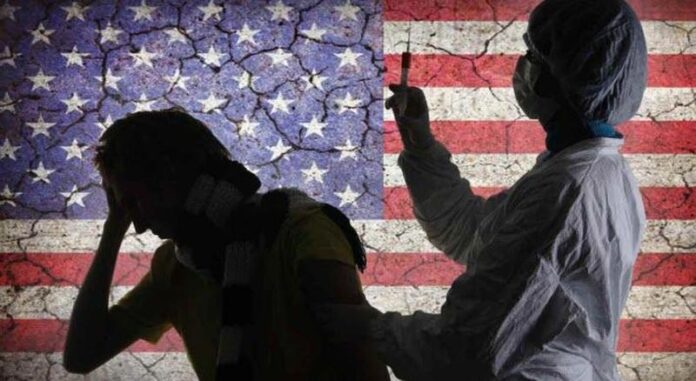 Zero Hedge: In my first week in the House of Representatives in 1976, I cast one of the two votes against legislation appropriating funds for a swine flu vaccination program. A swine flu outbreak was then dominating headlines, so most in DC were frantic to “do something” about the virus.

Unfortunately, the hastily developed and rushed-into-production swine flu vaccine was not only ineffective, it was dangerous. Approximately 50 people who received the vaccine subsequently contracted Guillain-Barré syndrome, a potentially fatal form of paralysis. According to an expert with the Centers for Disease Control, the incidence of Guillain-Barré was four times higher among those who received the swine flu vaccine than in the general population.

Right now, governments and private industries are working to rapidly develop and deploy a coronavirus vaccine. Microsoft founder Bill Gates, who is a major funder of these efforts, has suggested everyone who receives a vaccine be issued a “digital certificate” proving he has been vaccinated. Dr. Anthony Fauci, whose record of wrong predictions makes him the Bill Kristol of epidemiology, also wants individuals to carry some proof they have been vaccinated.

Another authoritarian proposal floated to deal with coronavirus is to force everyone to download a phone app that will track their movements.  Read More…

Opinion: It does not take a Bible prophecy scholar to see where this is going. Bill and Melinda Gates have the second wealthiest foundation in the world with $48 billion. Once Warren Buffett dies another $40 billion (+or-) will make the Gates Foundation second to none.

A lot of politicians stand in line to be friends with Bill.

Let’s take a trip back to 1995. Tim LaHaye and Jerry B. Jenkins released the 1st of 16 “Left Behind” books that went on to become the best-selling Christian books for 8 years, selling over 50 million copies.

In the series, readers are introduced to a fictional character named Jonathan Stonagal, a powerful and highly influential American financier. Apart from controlling most of the world’s largest financial and media institutions and being the richest man in history, Stonagal finances Nicolai Carpathia (Antichrist) on his rise to global power.

There are a few men that could fulfill Jonathan Stonagal’s role today.

Early in the story, the followers of Jesus mysteriously and permanently disappear, leaving a pile of clothes behind as the entire world descends into chaos.

What I just don’t get is how 50 million people could make this series widely popular, and yet the pre-tribulation rapture (or catching up of the followers of Jesus Christ) could fade into a lost doctrine?

The dispensational doctrine of rapture imminence is the best news a follower of Jesus Christ could hear in this developing authoritarian world, and yet 98% of churches avoid the subject.

I guess that is why it will be such a shock.