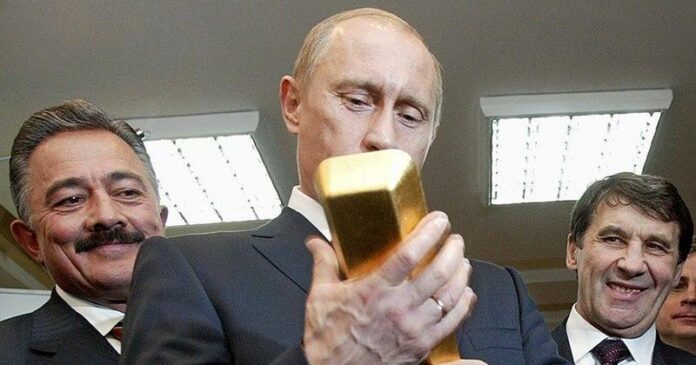 Zero Hedge: As the gold market continues to deal with global liquidity issues, and virus-lockdown-related disruptions between paper and physical pricing as extremely high physical demand creates shortages, Russia made a surprise announcement on Monday.

Starting April 1, Russia will be suspending its domestic gold purchases:

“Since April 1, 2020, the Bank of Russia has suspended the purchase of gold in the domestic precious metals market.

Further decisions on the purchase of gold will be made depending on the development of the situation in the financial market…” Russia’s central bank said.

This would have a manifold benefit by helping enable increased ownership of physical precious metals around the world, and potentially supporting the case for more de-dollarization. Read More … 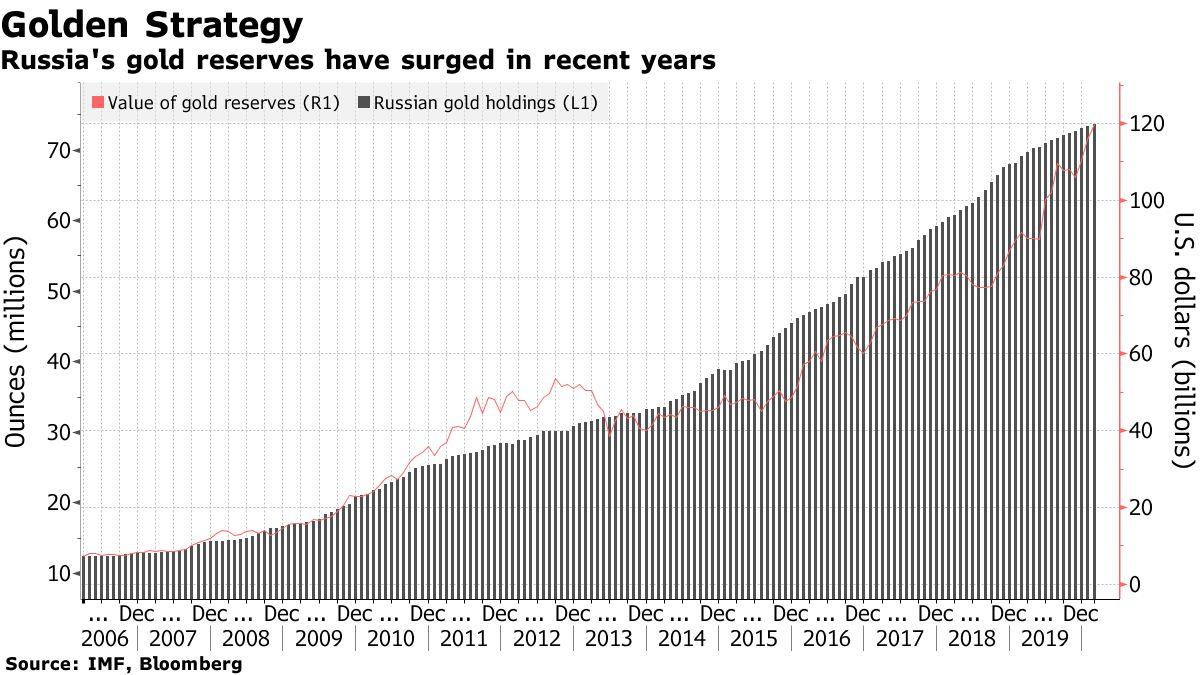 The enemies of the United States have been trying to figure out a way to de-throne the US dollar as world reserve currency for years. Both Russia and China have been aggressive buyers of gold for 3-5 years and may be backing off because they are now in position for their ultimate goal, a US dollar collapse.

The US dollar is being so debased by massive Quantitative Easing (money printing) that it is almost inconceivable to imagine how we will avoid a dollar crisis at some point. The coronavirus has quickened the process, but our enemies knew that uncontrolled deficit spending and QE would have eventually have caused the dollar’s fall.

In just the past two weeks, the Federal Reserve has expanded the deficit by $7 trillion, making the total Fed debt, including three rounds of QE from the last crisis, north of $10 trillion.

It is now likely that US debt at the end of 2020 could exceed $30 trillion, and if GDP shrinks because of the corona crisis our debt to GDP ratio could be an eye-popping 150%.

The Federal Reserve’s recent claim that it will do “whatever it takes” and will “throw the kitchen sink” at the markets, only brings a day of reckoning that much closer.

A dollar collapse will bring hyperinflation, when a man or woman will have to work a full day to afford food for the day. The scales that the black horse rider of Revelation 6:5-6 carries are to measure the comparative value of money and food.

The day of the Black Horse is not yet, but you can almost hear the hoof beats.