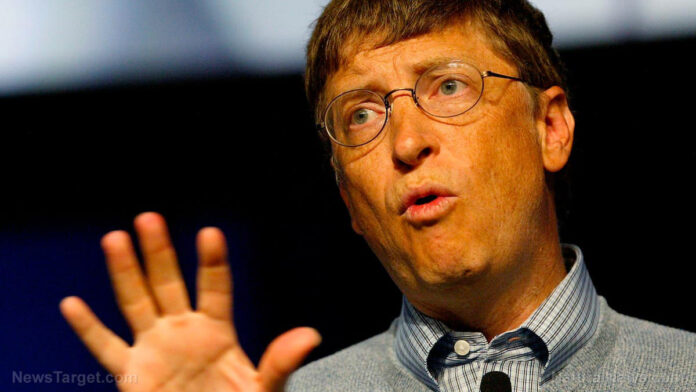 Natural News: In his rush to develop one, two, or even seven different vaccines for the Wuhan coronavirus (COVID-19), billionaire software tycoon Bill Gates openly admitted that upwards of 700,000 people could become injured or die from these jabs.

The Microsoft co-founder and prominent eugenicist has been more outspoken in recent days than perhaps ever before about his desire to vaccinate the entire world, in this case as soon as possible for the Wuhan coronavirus (COVID-19). And the reality is that many more will die from the vaccine than from the virus itself.

Speaking during a recent segment on CNBC, Gates admitted that in order to make vaccines “work” for the most vulnerable groups, they have to be super-charged, in a sense. And this super-charging means that some people are going to be injured or killed as a result. Read More…

Opinion: I guess when you are the 2nd richest man in the world ($106 billion) with a $46 billion foundation, you can appoint yourself Vaccine Czar. To ol’ Bill 700,000 souls, give or take, is merely war time collateral damage.

Bill Gates is everywhere. From his 1986 publicly traded software company Microsoft, to 2020 vaccine cures, to the future ID 2020, Gates is trying to change the world again.

Not So Divine. In an interview with Time magazine, when asked about the divinity of the human soul and if he didn’t think that there was something special about it, Gates became annoyed with the reporter. “I don’t have any evidence on that,” Gates replied.

Show Me the Evidence. When questioned about religion, he said “Just in terms of allocation of time resources, religion is not very efficient. There’s a lot more I could be doing on a Sunday morning.” Even though there are other things he could be doing on Sunday mornings, he attends his wife’s Catholic church with her and their children.

Humanism At It’s Finest. One of the richest men in the world, Gates stepped away from running Microsoft and instead devotes his time to the Bill and Melinda Gates Foundation, helping create a better world by advancing science in developing countries, fighting hunger and poverty, improving education, and increasing international cooperation. Gates and his wife have given over 30 billion dollars to the cause.

Perhaps Gates has no evidence of divinity of the human soul because he has not bothered to look at the most important book in the world, God’s word the Bible.

When he arrives on the scene, Antichrist will have the support of the wealthiest people in the world, the 1%, who have been left behind.

See our new study “The 1% and Revelation: Do Not Harm the Oil and wine” on the Home page.