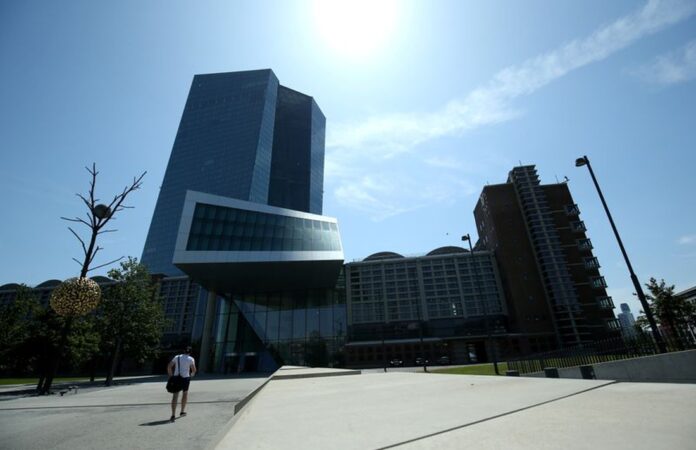 WKZO News, Brussels: The European Central Bank (ECB) is drafting contingency plans to carry out its multi-trillion bond-buying programme without the Bundesbank in case Germany’s top court forces the main participant in the scheme to quit, four sources told Reuters.

In this worst-case scenario, the ECB would launch an unprecedented legal action against the German central bank, its biggest shareholder, to bring it back into the programme, said the sources, who spoke on condition of anonymity.

The moves would likely mark a moment of truth for the euro, testing Germany’s commitment to a currency it played the biggest role in creating and forcing it to tackle some deep-seated reservations within the country about ECB policies.

Germany’s constitutional court has given the ECB until early August to justify its massive buying of government bonds or continue the scheme without the Bundesbank, which is supposed to carry out more than a quarter of the bond purchases. Read More …

Opinion: Some financial experts are calling the potential breakup of the EU unthinkable, others say it is a German political ploy to gain power, but Bible prophecy watchers will see the possibility of a new all-powerful leader and his government arising from a break up in the current EU structure, as foretold in Daniel 7:23-25, Revelation 13:1 and Revelation 17:3,12.

Let’s take the verses in order:

Daniel 7:23 describes the beast empire – an earthly kingdom, different from all others, that devours the whole earth by trampling it to pieces.

Daniel 7:24 describes the future structure of the revived EU made up of ten horns (10 kings ruling over 10 divisions) followed by an 11th king who conquers through satanic power.

Daniel 7:25 describes how the 11th king will slander God, slander the dwelling place of God, and slander those in heaven. He will rule for 3.5 years.

Look at the parallels in Revelation:

Revelation 13:1 Describes the beast or Little Horn (Daniel 7:23) with 7 heads (7 world empires – Assyria, Medo-Persia, Greek, Egypt, Babylon, Rome and Revived Rome) and 10 horns representing the divisions (with leaders, Daniel 7:24), who give their power and authority to the beast.

Revelation 17:3 Describes John taken “in his spirit” a vision (not bodily) where he sees a woman (false religion) sitting on a scarlet beast (Antichrist) that is covered with blasphemous names. Here we find the 7 heads (world empires) and 10 horns (10 world leaders) from Daniel 7 and Revelation 13.

Revelation 17:12 Describes a picture of what the final world government will look like. Antichrist will rule the world which will be divided into 10 divisions (Daniel 7:24 and Rev. 13;1, 17:3). A separate leader will be in charge of each division and each one will answer to Antichrist for a short time (for ONE hour).

Here is the significance of the hour:

If we back up to Revelation 3:10 we find the church “will be kept from (Greek ‘ek’, out of) the hour of trial that is coming upon the whole world”.

How fascinating is it that Daniel and Revelation were written approximately 2600 years apart?

We Have The Technology: AI neural TTS/holograms at Microsoft Inspire