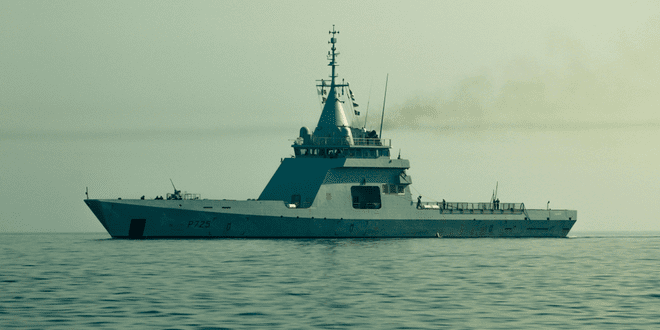 According to a report by Al-Joumhouria, the ‘sophisticated’ French frigates are being ‘gifted’ to the Lebanese Military and will be joining the navy.

The Lebanese government, and hence its military are fully controlled by Hezbollah and the terror organization’s allies.

French ambassador to Beirut, Bruno Fouche, ‘personally supervised the operation’. Fouche even boarded one of the battleships that were delivered to Lebanon from the Toulon Naval Base in southern France. Read More …

Opinion: The psalmist Asaph prophesied an alliance of nations (by their ancient names) that would attack Israel in the last days.

Interesting that when you Google search Lebanon’s enemies the list is:

But it was with Israel that Lebanon and its inhabitants, Hezbollah, had actual wars with in 1982 and 2006. And it is Israel who is under constant threat from terror tunnels and is the target of Hezbollah’s 150,000 Iranian rockets.

So Why would Emmanuel Macron supply Hezbollah, a designated terror group, with battleships?

And why is Emmanuel Macron so against Israel’s annexation of Judea and Samaria (West Bank) when France has the largest Jewish population in the EU?

Because Emmanuel (God with us) Macron is a man to watch.

Pope Says He’s ‘Very Saddened’ Over Hagia Sophia – But Why?

‘The PA will build in Israeli-controlled parts of Area C’