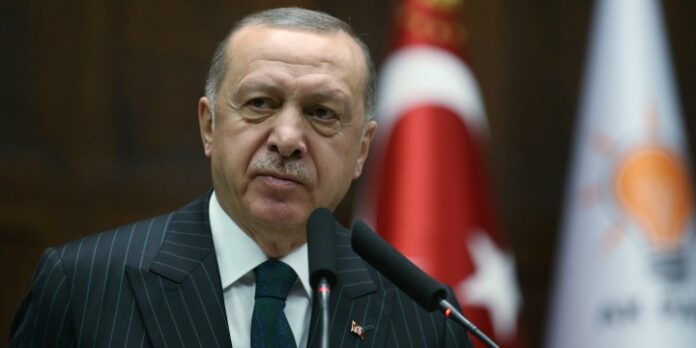 Algemeiner: Turkish President Recep Tayyip Erdogan has attacked the Israeli government’s plan to annex parts of the West Bank and declared that the issue of Jerusalem was a “red line” for Muslims around the world.

In a video message to Muslims in the US on the occasion of Eid al-Fitr, the holiday marking the end of the holy month of Ramadan, Erdogan vowed that Turkey would “not allow the Palestinian lands to be offered to anyone else.”

Turning to the question of Jerusalem, Erdogan declared that “Al Quds Al-Sharif, the holy site of three religions and our first Kiblah, is a red line for all Muslims worldwide.” Read More …

Opinion: Jerusalem is a red line for the Creator of the Universe. It is written:

“And it shall happen in that day that I will make Jerusalem a very heavy stone for all peoples; all who would heave it away will be cut to pieces though all nations of the earth are gathered against it.” Zechariah 12:3

… is a reference to the “day of the Lord’, and the future battle of Armageddon in which all the nations will gather against Jerusalem (Rev. 16:16).

“And they gathered them together to the place called in Hebrew, Armageddon.”

The battle is followed by the second coming of the Savior.

Recep Erdogan has no idea what is coming, and his nation will be right in the thick of the final battle. It is written.

Hezbollah Leader: Anyone who Trusts Trump will End Up Like Kurds

Fatah: “No force can remove the weapon from my hand”

Corbyn Rallies for Freeze on Arms Sales to Israel, with Ahed Tamimi Looking On