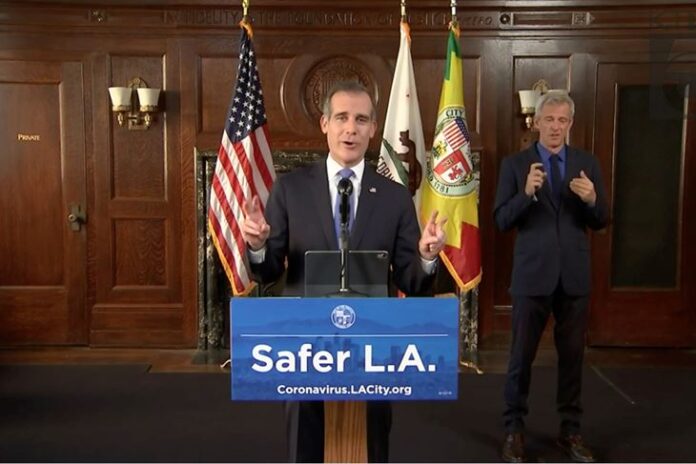 PJ Media: Los Angeles Mayor Eric Garcetti has ordered every Los Angeles resident – except small children and the disabled – to wear a face mask to get “more freedoms” during the COVID-19 outbreak. His update was more Orwellian than anything that nutty Michigan governor has ever said.

Garcetti, in his soft sing-song, criticized people who complain about his strictures, such as shutting down businesses and requiring masks.

The mayor—whose family trust, which he helps oversee, has given thousands if not more to Planned Parenthood and joins with the National Abortion Rights Action League (NARAL) in political fundraisers—said people who don’t agree with his rules don’t care about saving lives.

This isn’t about government doing this to us, this is about our collective decision and whether we think lives are worthwhile; that they’re worthy. We will go through many more deaths.

Opinion: Garcetti’s so-called collective decision is now a weapon being used by authoritarian governors and mayors all over the country. If you want more freedom you had better obey. 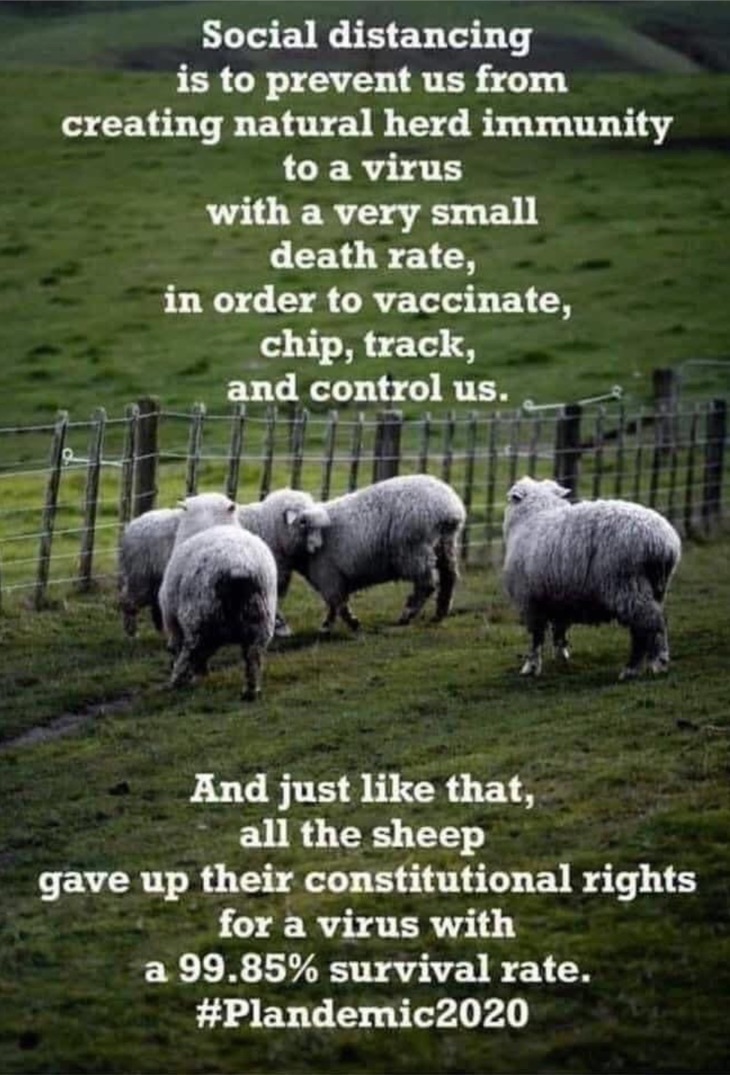 Compass International posted this picture on Wednesday, and I could not think of a better metaphor for what is taking place all over the world.

“Life, liberty, and the pursuit of happiness” are routinely and deceptively pushed aside for the common good. Sheep being prepared to be sheared.

Massachusetts : Governor Charlie Parker wants to “ramp up” tracking those of us who will not obey his high-handed orders. Parker now demands that everyone coming into the state “self-quarantine” for two weeks.

Rhode Island: Gov. Gina Raimondo “In a move without precedent in state history,” as the Providence Journal described it, she ordered that “anyone entering Rhode Island from New York state by any means of grounds transportation — passenger vehicle, bus or train — must provide personal information to authorities and self-quarantine for 14 days.”

Virginia: Gov. Ralph Northam is one of many who has banned gatherings of more than 10 people. While forbidding Sunday Christian services,  no word if Gov. ‘Blackface’ will be breaking up religious gatherings at mosques.

Washington State: Governor Jay Inslee told residents that COVID19-test-deniers will not be allowed to leave home to get groceries.

When the Biblical final dystopian leader takes his place on the world stage, he will make all the above seem tame by comparison.

“The fourth beast shall be
A fourth kingdom on earth,
Which shall be different from all other kingdoms,
And shall devour the whole earth,
Trample it and break it in pieces.” Daniel 7:23

Rasmussen: Black Approval For Trump Surges to Over 40%

Can The Canaanites, Israel’s Biblical Enemies, Be Identified Today?

Social Distancing is Still Mandatory Unless You are Looting, Rioting or Starting Fires