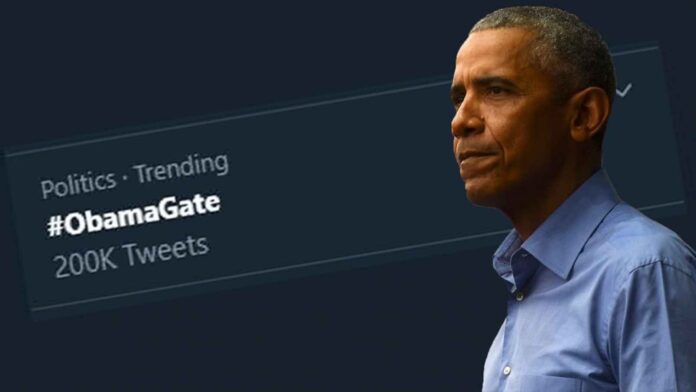 That’s when President Donald J. Trump tweeted the one word, all-caps, one exclamation mark, that changes everything. A day earlier, the president had also tweeted Jesse Watters’ video, titled ‘Obamagate’ – the scandal at the epicenter of American politics that has had many names: “Russiagate”, the “Russia Hoax”, “Spygate”, but it’s only fitting that it should end with its true name.

This was never about the Russians and the spies were cogs in a machine who were following orders.

One man, not some nebulous organization or unaccountable bureaucracy, pushed the lever and decided to use the machinery of law enforcement and intelligence agencies to suppress the political opposition. Read More …

Opinion:  January 13, 2018, Washington Post journalist Richard Cohen made the astonishing claim that President Barack Obama was able to “come into and out of office with not a whiff of scandal.”

What we have here is a scandal so huge that it dwarfs Obama’s top 5, none of which were ever prosecuted:

Now that Obamagate has been revealed, will it be prosecuted? The fate of our nation may hang in the balance. I, for one, am not holding my breath.

Can The Canaanites, Israel’s Biblical Enemies, Be Identified Today?

Trump Will Ask Congress For Another Trillion Dollar Stimulus Package