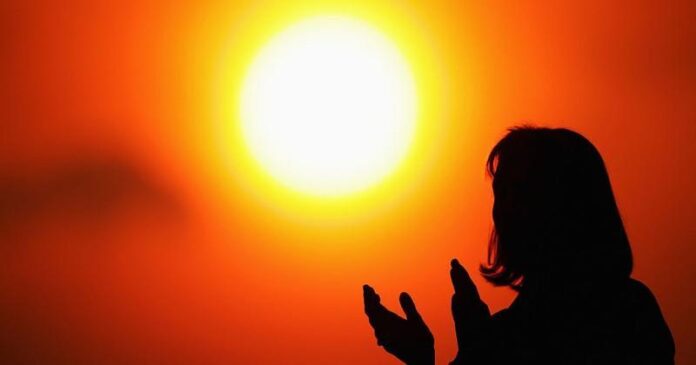 Zero Hedge: The sun is entering a period of “solar minimum” that could cause temperatures to plummet by up to 2C over 20 years and trigger a global famine, according to experts.

Solar activity has entered a deep decline with scientists saying there have already been 100 days this year where the sun has displayed zero sunspots.

NASA boffins say this means that the earth could be about to experience a new “Dalton Minimum,” the period between 1790 and 1830 which led to a severe prolonged cold snap and massive volcanic eruptions.

“This means we could be entering one of the deepest period of sunshine recession which could trigger long periods of cold, famine and other issues,” reports the Daily Star.

Opinion: It figures, doesn’t it? Our BPT rule of thumb: before deciding on what side of important geo-political issue you take, see who is for it and who is against.

Barack Obama: “No nation, however large or small, wealthy or poor, can escape the impact of climate change. Rising sea levels threaten every coastline. More powerful storms and floods threaten every continent. More frequent droughts and crop failures breed hunger and conflict in places where hunger and conflict already thrive.  On shrinking islands, families are already being forced to flee their homes as climate refugees.”

John Kerry: “When 97 percent of scientists agree on anything, we need to listen, and we need to respond.  These scientists agree on the causes of these changes and they agree on the potential effects. They agree that the emission of greenhouse gases like carbon dioxide contributes heavily to climate change. They agree that the energy sources that we’ve relied on for decades to fuel our cars and to heat our homes or to air condition our homes, to – all the things that provide us electricity like oil and coal – that these are largely responsible for sending those greenhouse gases up into the atmosphere.”

Memo to John Kerry, it’s the big yellow ball in the sky.

Joe Biden: “This is not some distant problem of the future. This is a problem that is affecting Americans right now. Whether it means increased flooding, greater vulnerability to drought, more severe wildfires — all these things are having an impact on Americans as we speak.”

Greta Thunberg: “In chapter two on page 108 in the SR15 IPCC report that came out in 2018, it says that if we are to have a 67 percent chance of limiting the global average temperature rise to below 1.5 degrees Celsius, we had on Jan. 1 2018, we had about 420 gigatons of CO2 left to emit in that budget.”

The progressive left fills teenagers with fear for their future.

Almighty God: “While the earth remains, Seedtime and harvest, Cold and heat,
Winter and summer, And day and night Shall not cease.”