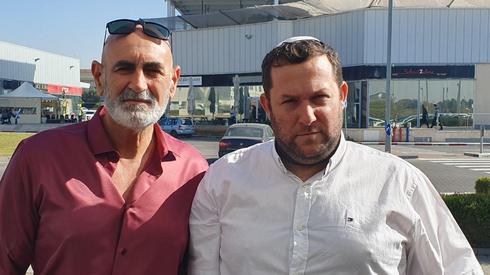 YNet News: Settler’s leaders came out Thursday (May 7) against U.S. President Donald Trump’s peace plan for the Middle East, arguing that it includes the establishment of a Palestinian state.

The heads of the Yesha Council (an umbrella organization of municipal councils of Jewish settlements in the West Bank) warn Washington is not being forthcoming about its intentions.

Settler leaders say they are worried that the price Israel would be required to pay for extending its authority over West Bank settlements and the Jordan Valley would be the establishment of a Palestinian state.

In fact, Elhayani said that “a Palestinian state would be established on 70 percent of the territory of the West Bank.” Read More …

Opinion: Covid-19 is winding down and it is now time to get back to the deal of the century. Let’s take a look at three sides to the plan:

Point 1. Does the deal of the century divide Israel?

Israel gets the entirety of an undivided Jerusalem as its capital. A future state of Palestine would get a few neighborhoods in far eastern Jerusalem. The Temple Mount would be open for prayer for every group, but the al Aqsa mosque and Dome of the Rock would remain under Jordan’s control.

Settlements: The plan allows Israel to immediately annex virtually all its settlements in the occupied West Bank, which are viewed as illegal by the Palestinians and most of the international community. It would freeze settlement construction in areas earmarked for the future Palestinian state during the period of negotiations, but those areas are already largely off-limits to settlement activity. Not a single settlement will be evacuated.

Security: Under the plan, Israel “will maintain overriding security responsibility” for the state of Palestine, which will be “fully demilitarized.” The Palestinians will have their own internal security forces but Israel will control the borders and monitor all crossings.

The peace plan will not allow for Palestinians to create a military fighting force.

Refugees: No right of return of 7 million refugees; the plan allows for the acceptance of 5,000 refugees each year, for up to ten years (50,000 total refugees).

Redrawing of borders: The proposal redraws borders to effectively give Israel more land in the Palestinian-controlled West Bank, in exchange for “land swaps” that include two areas in the Negev Desert.

Economic plan: Billed as “a vision to empower the Palestinian people to build a prosperous and vibrant Palestinian society.” The administration claimed it had “the potential to facilitate more than $50 billion in new investment over ten years.”

2. How was the deal of the century judged by the nations?

All Muslim nations, the Arab League, United Nations, Russia, China, and the European Union have rejected the plan.

3. How does the deal of the century line up with God’s plan?

It doesn’t. In fact, the Bible tells us that the land, all of it, is Jacob’s land.

God also foreknew that in the last days Esau’s descendants would return to the land to attempt to take it back ,Malachi 1:4. God called that land the ‘territory of wickedness” that would be thrown down, and Obadiah 1:18 says “no survivor shall remain of the house of Esau, For the Lord has spoken.”

President Trump should be very careful, he is dealing with holy ground.