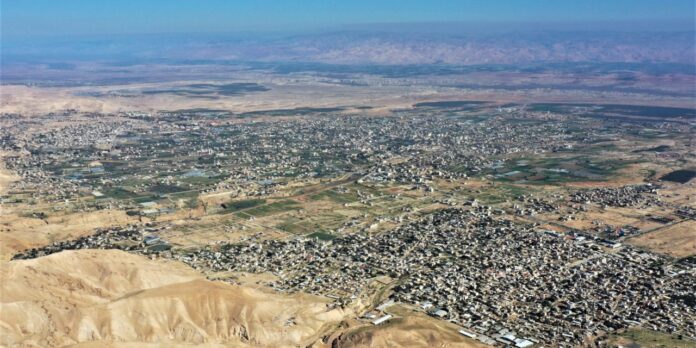 Jewish Press: The Trump map shows these 25 Jewish clusters as standing in the middle of future Palestinian State-owned territories, surrounded by Arab communities – without connecting routes to Israel which do not run through hostile environments.

To be exact, these territories do not appear on the American map as enclaves of Israeli sovereignty in the middle of an envisioned Palestine, as in other cases – they are completely absent from the map.

These are communities such as Gilead Farm in Samaria and Asael in southern Mount Hebron, and neighborhoods on the hills adjacent to Yitzhar and Itamar. About 500 families live in the outposts which have been erased from the Trump peace map, and they have been demanding clarification from the Netanyahu-Gantz government: will they be included in Israel’s sovereignty map, or not? And if they are off the Israeli map, does this mean a future repeat of the 2005 Gush Katif forced evacuation? Read More …

Opinion: Gush Katif was a bloc of 17 Israeli settlements in the southern Gaza strip. In August 2005, the Israeli army carried out the Cabinet’s decision and forcibly removed 8000 Israeli families while IDF soldiers wept:

The land for peace scheme devised by Ariel Sharon and George W. Bush gave Gaza’s 9,000 Jewish residents until August 15, 2005, to completely vacate all private homes and businesses. Hurricane Katrina, the deadliest in US history hit the US on August 23, 2005.

The following year, Prime Minister Sharon went into a coma and the Bush presidency suffered widespread criticism for his handling of Katrina and lost the majority in Congress in 2006. The Bush presidency never recovered, and neither did Sharon who died while still  a coma on January 11, 2014.

“For the day of the Lord upon all the nations is near; As you have done, it shall be done to you; Your reprisal shall return upon your own head.” Obadiah 1:15