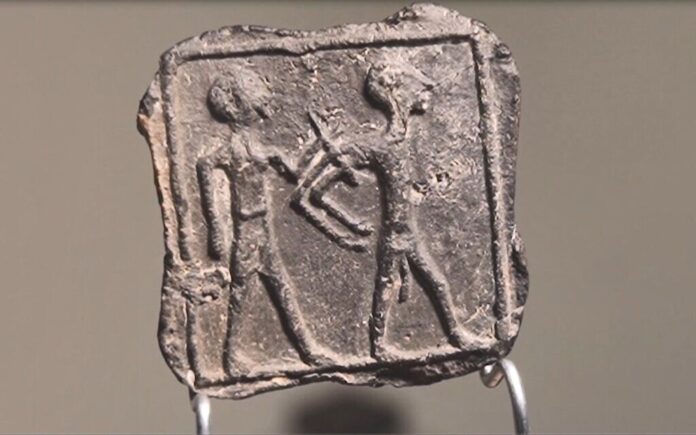 Times of Israel: A new international, interdisciplinary study provides intriguing answers to the origins and history of the Canaanite people. In an article published May 28 in the prestigious peer-reviewed journal Cell, scientists report that over thousands of years, the widely dispersed Canaanite people maintained themselves as a demographically coherent group.

The study was performed through a genome-wide analysis of ancient DNA samples from the remains of 93 individuals at nine Bronze Age Canaanite sites throughout the Levant.

In general, people that lived thousands of years ago are remarkably similar to present-day people 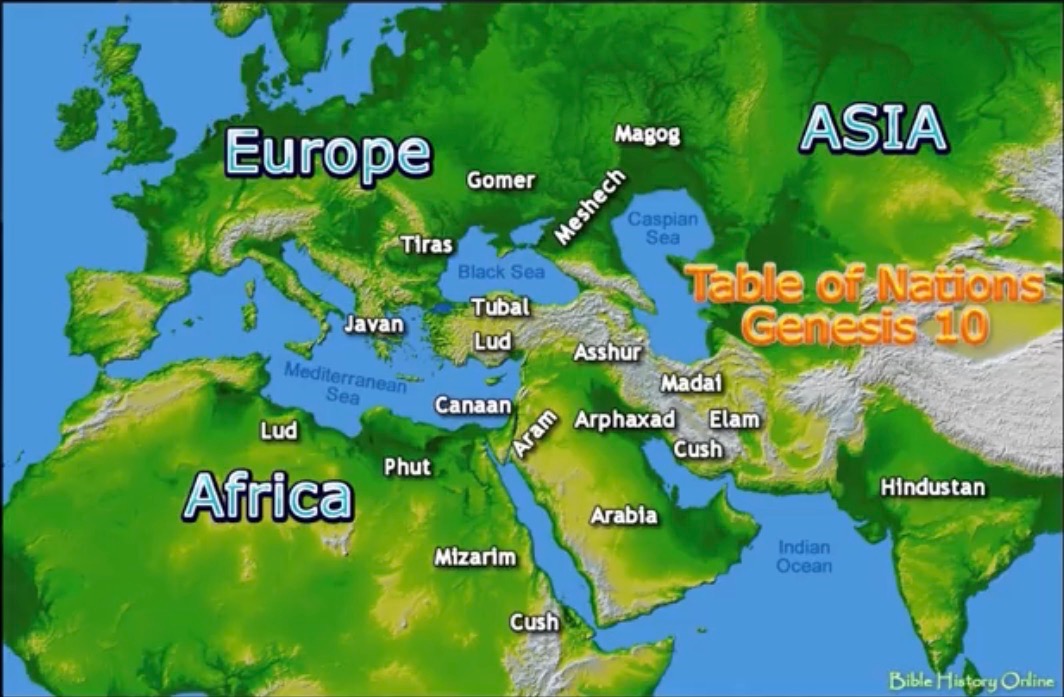 Opinion: The study ultimately points to this:

“The genetic mix even though they were widely dispersed, can still be discerned in modern Arabic-speaking and Jewish populations.”

When the Ark came to rest, 8 people descended to repopulate the earth.

Noah, Noah’s wife, and their 3 sons Shem, Ham, and Japheth and their wives. Keep in mind these people were Gentiles. Many of the names of the children of the three sons are found in the table of nations map above.

Ham disrespected his father by viewing his naked body. His brothers did not. The Scripture is silent about why, but Noah pronounced a curse against Ham’s son, Canaan, possibly because Noah refused to curse his son since God had already blessed Ham (Gen. 9:1).

Canaan dwelled in the area of Palestine, see map above.

“Canaan was not only the father of the Canaanites, but also of the Amorites, Jebusites, Sidonians and the Phoenicians. All of these peoples would at some period in the future wage war against the descendants of Shem and (to a lesser extent) Japheth, and would also become grossly idolatrous. Noah may have been prophetically denouncing this departure from faith in the true and living God.” source

Fast forward 350 years, God tells Abram (exalted father) to go a land that God would show him (Genesis 15:18). God told Abram that there would be many idolatrous tribes there (Genesis 15:19-21) but the land would be given to Abram.

In Genesis 17:4-6 God changed Abram’s name to Abraham (father of a multitude) and made a land covenant with him, repeating 6 times that the land was for Abraham and his descendants, Isaac and Jacob “after him”(Gen. 17:7-8)

Abraham’s first ‘son of the flesh’ (Gal. 4:23) was named Ishmael, who had mixed Jewish and Gentile blood. Abraham’s second son Isaac, ‘the son of promise’ (Gal. 4:28) of Israelite blood, became the inheritor of the land and the covenant.

The world seems to have a problem understanding that the blood feud over this one piece of land has festered in the Canaanite and Abrahamic bloodlines for 4000 years.

In this century, advances in DNA research have identified the ancient bloodline of the Cohanim.

In a January 2000 post by Dr. Karl Skorecki, specialist in nephrology, genetics biomedical, and the genetic history of Jewish and Near East communities research at Rambam Medical Center and the Technion, considered a hypothesis:

“If the Cohanim are descendants of one man, they should have a common set of
genetic markers — a common haplotype — that of their common ancestor.”

That even though Cohanim can be significantly different in stature, skin coloration, and hair and eye color, they can still be from the line of Cohanim, direct descendants of one man — Aaron, the brother of Moses.

Calculations based on the high rate of genetic similarity of today’s Cohanim resulted in the highest “paternity-certainty” rate ever recorded in population genetics studies — a scientific testimony to family faithfulness, similar to the Canaanite study in the Times of Israel study.

There can be no temple without a High Priest from the line of Aaron, and with the Cohanim marker, a high priest can now be identified.

Hypothesis: Blood lines of ancient Middle East people groups could identify the descendants of the enemies of the family line of Jacob.

The question is: Can the world handle the truth?

Thanks to Josh for the Table of Nations map

Date of the flood Answers in Genesis source

Israel braces itself for Paris peace confab… by doing nothing