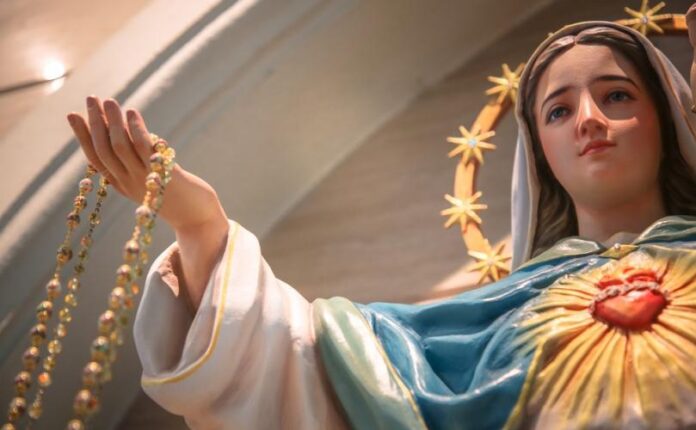 Lifesite News: In response to the crisis unfolding in our world and in the Church, LifeSite is offering Catholics throughout the world a chance to be united daily in prayer, in the Our Lady of Fatima Rosary Crusade.

Our goal is, by means of this daily rosary and by embracing and living out the message given by the Virgin Mary at Fatima, the triumph of Our Lady’s Immaculate Heart. Read More …

Opinion: When I was a Catholic, I had no idea that the church fathers tried (unsuccessfully) to get the book of Revelation removed from canon.

“Many popular commentators who obsess over the book of Revelation use it to support both implicit and overt anti-Catholic opinions. Fundamentalists, Mormons, and Jehovah’s Witnesses have long associated the famed Whore of Babylon, “the mother of harlots” (Rev. 17:5), with the Catholic Church. Some also link the church of Thyatira (Rev. 2:18-25) with the Catholic Church since her members supposedly “practice immorality” and “eat food sacrificed to idols” (Rev. 2:20).

Even some Catholics use passages from John’s book to create end-times scenarios that are difficult to reconcile with Church teaching.”

“The Book Of Revelation Says The World Will End In Our Lifetime!”

2. The comparisons of the Catholic church with the Church at Thyatira is thought to be accurate by most Dispensational scholars. Thyatira means continual sacrifice, a perfect description of the Catholic Mass where the priest consecrates the wafer and the cup as he re-sacrifices Christ in a bloodless sacrifice.

3. That even some Catholics use passages of Revelation to create end-time scenarios is actually encouraging since it most definitely does not line up with Catholic end time events. Catholic eschatology centers around the 1913 visitation of Mary to three children at Fatima as depicted in the above video. Also, Catholicism is Amillennial, meaning no millennial reign of Christ on earth, and has a works based salvation.

4. The book of Revelation does not indicate a date for these things to happen, but provides a detailed chronological set of judgments on a Christ-rejecting world.

5. The Book of Revelation is indeed an apocalyptic book that was spoken to John by Jesus Himself, and is a fulfillment of Amos 3:7

“Surely the Lord God does nothing,
Unless He reveals His secret to His servants the prophets”