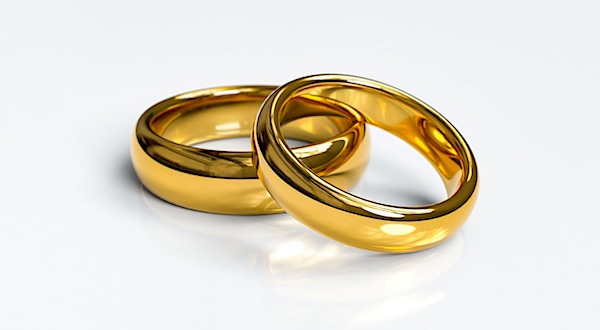 WND: The Episcopal Church has put one of its bishops on trial for following the Bible.

William Love, the bishop of Albany, New York, is accused of breaking his ordination vows by refusing to allow same-sex marriages in his diocese, according to the U.K.’s Christian Institute.

The bishop abides by the traditional Christian doctrine that marriage is the union of one man and one woman.

Paul Cooney, a church lawyer, claimed that by rejecting same-sex marriages, Love “failed to conform to the worship of the church.”

The denomination adopted a resolution in 2018 authorizing same-sex marriage. It provides that if a bishop doesn’t agree, he isn’t required to perform any ceremonies but must provide someone else to do it. Read More …

February 6, 2107 Daily Wire: “God will no longer be referred to as He or Him in the Episcopal Church Diocese of Washington, D.C., which passed a resolution last week barring all use of masculine pronouns when referring to the Almighty. They will be updating their Book of Common Prayer as a result.”

“An Episcopal bishop spread a “blood libel” against the Jewish state at the Episcopal Church’s General Convention in July, according to CAMERA analyst Dexter Van Zile.

Bishop Suffragan Gayle Harris was filmed urging the passage of a resolution condemning Israel during a July 13, 2018 meeting of the denomination’s House of Bishops.”

August 27, 2018 Jewish Press:  “The Episcopal Diocese of Massachusetts on Tuesday apologized to the Jewish community after one of its bishops repeated unverified and misleading stories about the Israeli military at the church’s July convention in Austin, Texas, the Boston Globe reported Tuesday.”

Jesus spoke to 7 churches in Revelation 2-3. Each church existed in Turkey in John’s day; and each church also represents one of the 7 periods of the Church Age.

Sardis means remnant and corresponds to the Protestant church when Martin Luther (1517) led the church out of Catholicism (which had distorted Scripture). Sardis began Covenant theology declaring that the church is Israel and Israel is the church.

Covenant theology dominates Protestant churches to this day, is mostly Amillennial and states that there is no millennium reign (1000 years) of Christ on earth

Jesus told Sardis: “I know your deeds; you have a reputation of being alive, but you are dead.”

See more on the 7 churches of Revelation here