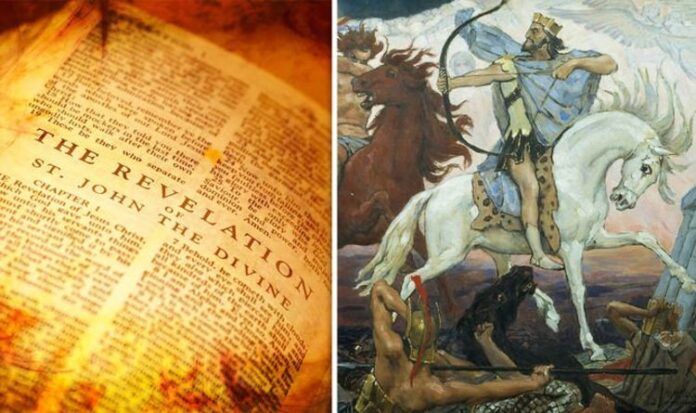 Express UK: TRIBULATION and strife will ravage the world before the return of Jesus Christ, the Bible has foretold – but are we already living through the Great Tribulation?

The coronavirus pandemic, natural disasters and civil unrest have left many wondering whether more disaster is yet to come in 2020. The Bible has warned of trouble and cataclysm in the end days during a seven-year period known as the Tribulation. When asked by his disciples about the end of the world, Jesus Christ is said to have warned of a Tribulation greater than anything witnessed since the beginning of time.

Scores of devout Christians and doomsday prophets have now suggested the Tribulation could already be unfolding.

According to Joel Hilliker, a senior editor of The Trumpet, the world is currently “gripped by despair and fear” caused by the coronavirus.

But the Bible has warned of even greater pain and suffering in the end times.

Mr Hilliker wrote in the Philadelphia Trumpet: “It is startling. But compared to the suffering prophesied by Jesus Christ and forecast throughout the Old Testament and New Testament, it is mild.” Read More …

“Men will become lovers of themselves, lovers of money, boasters, proud, blasphemers, disobedient to parents, unthankful, unholy, 3 unloving, unforgiving, slanderers, without self-control, brutal, despisers of good, 4 traitors, headstrong, haughty, lovers of pleasure rather than lovers of God, 5 having a form of godliness but denying its power.”

It’s that 5th verse that is the most dangerous. Joel Hilliker is a senior editor of a website called The Trumpet. It is the website for the Philadelphia Church of God. A Laodicean church who takes its direction from the late Herbert W. Armstrong, a self described prophet.

During its peak time, the church reported donations of more that 200 million dollars per year, which is due to an extreme emphasis on works and over-tithing as requirement for salvation.

Armstrong’s message was a mixture of Seventh Day Adventism, Jewish observances
of the law, and specific cultist doctrines which were claimed to be special revelations
from God.

Herbert W. Armstrong wrote:
The prophesies and mysteries of God, sealed until now, are today revealed to
those whom God has chosen to carry his last message to the world as a witness. read more

Mr. Armstrong prophesied that Jesus would return in 1975. He died in 1986, but the Philadelphia Church of God continues.

“Having a form of godliness but denying its power” could also describe the False Prophet of Revelation 13:11: “Then I saw another beast coming up out of the earth, and he had two horns like a lamb and spoke like a dragon”.

“Having a form of godliness but denying its power” could also describe churches that avoid prophecy, churches that promote same-sex marriage, churches that support a two-state solution, demand Israel’s return to the 1948 borders, support the right of return, call Israel occupied and call for boycott divest and sanction against God’s people.

Daniel 9:27 is clear that the Tribulation will begin when a world leader confirms a peace treaty between Israel and many. And that day will not come until the church of Jesus Christ is out-a-here, Rom. 5:9; 1 Thess. 4:16-17; Revelation 3:10.

The Lie of Pro-Palestinian Activism