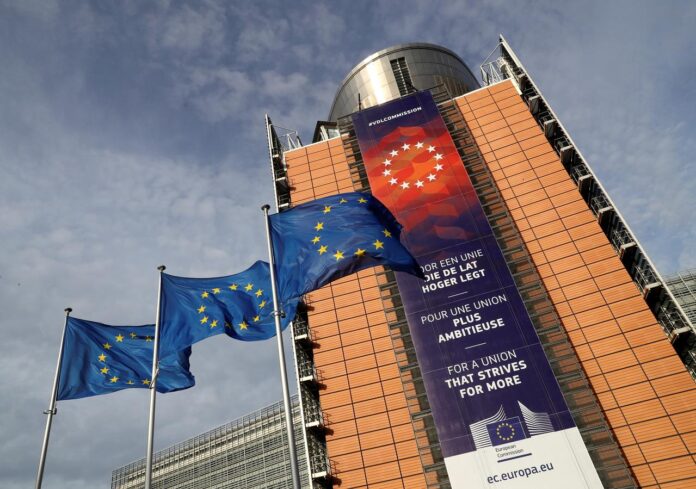 Israel Hayon: “The European Union is discriminating against Israel,” a senior Israeli diplomat stated in a position paper presented Thursday to the Mitvim Institute for Regional Foreign Policies.

The former head of the European Division in the Foreign Ministry and Israeli Ambassador to Norway Raphael Schutz wrote that “in other territorial disputes, such as the Spanish Sahara and northern Cyprus, European countries and their envoys to Brussels do not invest the same energy, time, and thought as they do to promoting the boycott of goods produced in Israeli settlements.”

The veteran diplomat added that “it is impossible to get a definitive statement from Brussels about Israel’s right to exist as the nation-state of the Jewish people, and it has not come out in rejection of the [Palestinian demand for] the ‘right of return.'”

This lack of clarity while the EU has fully adopted the Palestinians’ positions with respect to the regional conflict, especially in regards to the territorial aspects. Read More …

Opinion: Ho-hum, it’s just those liberal Europeans again. Nothing to see here, right? Wrong, it’s a very big deal to Mahmoud Abbas and Hamas terrorists who are emboldened by having the UN and the world’s #2 economic power on their side. And it’s a very big deal to Israel should Donald Trump lose in November, and Joe Biden, who was vice president to the most anti-Semitic administration in history, becomes president.

Joe Biden, like Barack Obama, is a two-state solution advocate who believes Israel should return to the 1948 borders, turn East Jerusalem and the Temple Mount over to Abbas as a Palestinian capital and, allow millions of Arabs back into Israel (right of return) diluting the Jewish majority and effectively ending the Jewish state.

Interesting how it all comes down to Jerusalem (Zechariah 12:2).

During a fundraising event last May, Biden said the embassy move “shouldn’t have happened” in the context as it did, it should happen in the context of a larger deal to help us achieve an important concession for peace in the process. In short, he feels Israel should have been forced to give up something in return.

A quid pro quo favoring the PA in the making.

What will happen if/when the Trump/Israel hating left gets control of the White House one more time? How long will it take for all the blessings that President Trump brought to Israel to wind up on the scrap heap of history?

This would be a good time to pray for America and Israel.

Pray for the peace of Jerusalem:
“May they prosper who love you.” Psalm 122:6