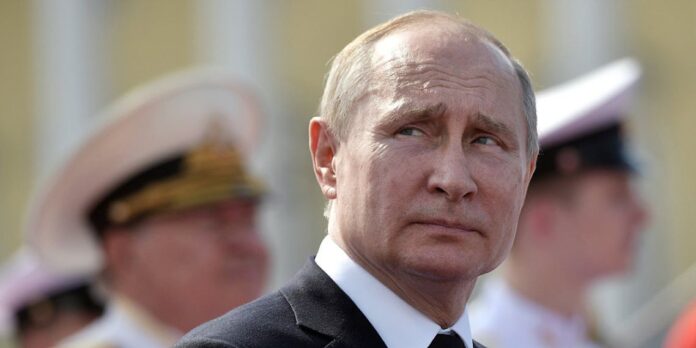 Toward the end of Obama’s second term in office, the US spearheaded UNSC Resolution 2334, which states that Israel is in violation of international law by its presence in the territories captured in the1967 Six-Day War.

On Nov. 24, 2016, Netanyahu called Russian President Vladimir Putin and explained that the resolution Obama was working to pass would disrupt regional stability and harm Israel. Netanyahu asked Putin to state that he intended to use his UNSC veto to scupper the resolution. But Putin refused. On Dec. 23, 2016, the UNSC passed Resolution 2334, although then-US Ambassador to the UN Samantha Power ultimately abstained.

However, Obama had additional plans, even though he had less than a month left in the White House. He and his staff began working on another UNSC resolution, which would have forced Israel to agree to a Palestinian state based on the 1948 borders. Israel’s UN ambassador at the time, Danny Danon, sounded the alarm.

Netanyahu again sought help from Putin. In another phone conversation, he explained to Putin that Obama’s new resolution would do serious harm to Israel and could destabilize the region.

Putin was convinced and told Netanyahu that if the resolution came to a vote, Russia would veto it. Upon hearing Putin’s plans Obama shelved the resolution to avoid being labeled anti-Israel. Read More …

Opinion: Barack Hussein Obama was one of Israel’s worst nightmares. A US president that disdained Israel and supported Israel’s enemy. Obama’s utter disgust for Israel’s prime minister was blatantly obvious. In 2009 Obama invited one of Israel’s deadliest enemies, the Muslim Brotherhood, to his Cairo speech.

On May 19, 2011, Obama stood with Israel’s Prime Minister Benjamin Netanyahu in Washington D.C. and declared that in the interest of peace between Israel and the Arabs, Israel should give back all land captured in the Six Day War of 1967.

2013-2014: John Kerry began direct negotiations for peace between Israel and the Palestinians that ended in failure. In summer 2014, a war with Hamas called Operation Protective Edge broke out with over 2500 rockets fired from Gaza into southern Israel.

The Obama State Department expressed moral equivalence in calling for both sides to use restraint despite the obvious Hamas provocation.

The 2015 Iran nuclear deal further deteriorated the Obama/Netanyahu relationship. On March 3, 2015 Netanyahu gave a scathing rebuke of the Iran deal to Congress. In defiance, President Obama and 35 Democrats refused to attend the speech.

On September 30, 2016, President Obama spoke at the funeral of former Prime Minister Shimon Peres. A transcript released from the White House listed the location of the speech as: Jerusalem Israel.

Hours later a corrected transcript showed the location as: Jerusalem

On January 20, 2016, on his last day in office, Obama had one last insult up his sleeve: a 200 million dollar gift to the Palestinian Authority:

The Trump administration has informed the Palestinian Authority that it is freezing the transfer of $221 million which was quietly authorized by the Obama administration in its final hours on January 20, a senior Palestinian source has told The Times of Israel.

Interesting that Obama’s legacy was completely torn to shreds when Donald J. Trump astounded the world and became the 45th President of the United States, in accordance with Genesis 12:3.