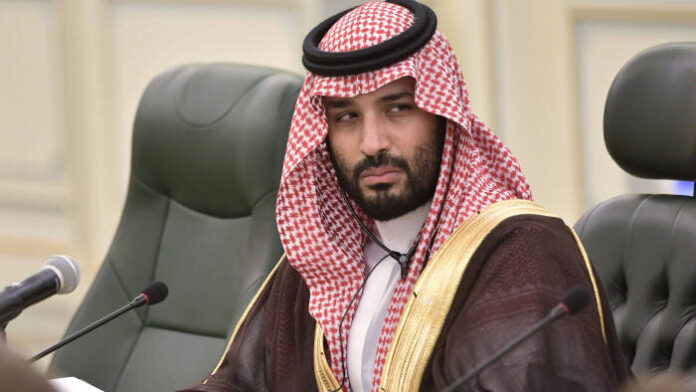 JPost: Should our new unity government move quickly to apply Israeli sovereignty over swaths of hotly contested territory known in the Bible as “Judea and Samaria,” and to the international community as the “West Bank” of the Jordan River?

Or should we defer discussions of unilateral annexation for the time being and place a higher priority on establishing full peace treaties with Gulf Arab states that are steadily warming towards normalization?

Put another away: Do we do the settlements now, or peace with the Saudis? Read More …

Opinion: Israel is dealing with two separate and distinct family lines, and I’m pretty sure PM Netanyahu gets it.

Both lines have mixed Jewish and Gentile blood. But one is far more dangerous than the other, and perhaps this is why:

“So Abraham took Ishmael his son, all who were born in his house and all who were bought with his money, every male among the men of Abraham’s house, and circumcised the flesh of their foreskins that very same day, as God had said to him.” Genesis 17:23

So what about Esau? While researching our book Antichrist: The Search for Amalek I spent a good amount of time trying to figure out why the Bible is silent regarding the circumcision of Jacob and Esau. After all God said:

“And the uncircumcised male child, who is not circumcised in the flesh of his foreskin, that person shall be cut off from his people; he has broken My covenant.” Genesis 17:14

What I found shocked me. A Talmud scholar, Louis Ginsberg, who taught at the New York Jewish Theological Seminary had this to say on Jewish tradition:

Excerpt: On account of his ruddy appearance he [Esau] remained uncircumcised. Isaac, his father, feared that it [his ruddy appearance] was due to poor circulation of the blood, and he hesitated to perform the circumcision. He decided to wait until Esau should attain his thirteenth year, the age at which Ishmael had received the sign of the covenant. But
when Esau grew up, he refused to give heed to his father’s wish, and so he was left uncircumcised.

The opposite of his brother in this as in all respects, Jacob was born with the sign of the covenant upon his body, a rare distinction. But Esau also bore a mark upon him at birth, the figure of a serpent, the symbol of all that is wicked and hated of God.”

Ishmael received no condemnation except he did come with a warning:

“He shall be a wild man;
His hand shall be against every man,
And every man’s hand against him.
And he shall dwell in the presence of all his brothers” Genesis 16:12

First, Ishmael cannot be trusted. Second, Ishmael is mentioned as a member of the Psalm 83:1-8 alliance that will attack Israel to wipe out the Jewish state, and third Netanyahu needs to move now, in case a Democrat wins in November.

Either way, Israel’s PM will have his hands full.